While the Samsung Galaxy S9 was tipped for a March reveal during the Mobile World Congress (MWC) event, it was unknown whether it would launch shortly after or wait until later in the year for suitable competition. It seems that an earlier release date has now been suggested, as case manufacturer Olixar leaked its pre-order page early.

The original suggestion that Samsung was intent on waiting months after its supposed reveal date to launch the next in line for its flagship smartphones makes some sense, given that the company has a history of offsetting releases in certain markets. For example, the Samsung Galaxy S8 wasn’t released until two months after its March 2017 release date. 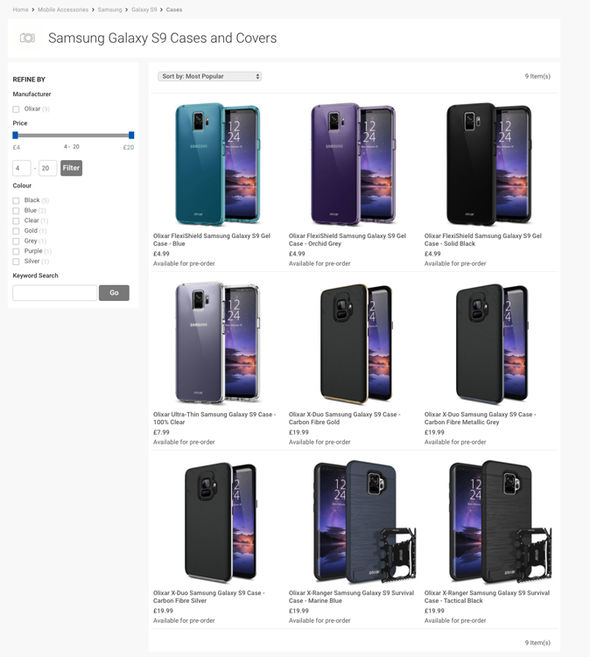 It seems like might no longer be a worry for those wanting to get their hands on Samsung’s next venture, as prominent case maker Olixar (via MobileFun) accidentally made its pre-order page live with cases for the supposed Samsung Galaxy S9 and S9+ pegged for release on February 28th.

This was accompanied by new images of the yet-unannounced smartphones that correlate with many of the previous rumours such as the singular camera lens on the Galaxy S9 and dual on the bigger S9+ as well as the iterative upgrade on the Galaxy S8’s slim-bezel design.

KitGuru Says: While I would like to see a more definitive upgrade than iterative, I do like the direction in which smartphones are headed. That being said, my interest is more weighted towards bendable smartphones, if I can find a use for them. Do you like the look of the supposed Samsung Galaxy S9?