Samsung has made quite the push on its smartphone technology, planning to up the quality of its batteries and storage for all future devices. But with two steps forward, it's one step back, as it seems the manufacturer is opting for a single-lens camera and retaining its rear fingerprint sensor.

In the past two weeks, Samsung has been hard at work creating new battery technology and mobile storage solutions. Its new battery uses graphene, which reportedly increases charging speeds by up to five times. Moreover, it plans to pad out its own, as well as potential other branded smartphones with its new 512GB embedded Universal Flash Storage (eUFS). 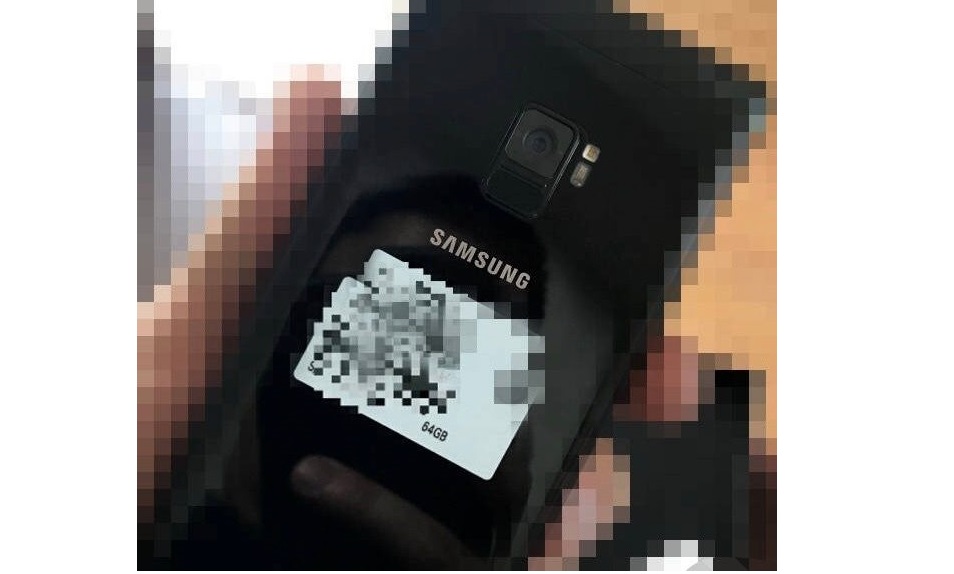 Surprisingly Samsung didn't opt to pursue a dual lens camera on its flagship Galaxy S8 smartphone, instead using ‘Dual Pixel' technology on a single lens. It seems that the company might be continuing its use of a single lens camera, according to a leaked image from Android Headlines. The image also suggests that a variant of the flagship handset will ship with 64GB internal flash memory, according to a sticker on the back of the smartphone.

It is also rumoured that the larger tentatively titled Samsung Galaxy S9 Plus will feature the dual lens camera that many have become accustomed to seeing on other high-end flagship smartphones.

While its under-screen fingerprint scanner has reportedly been in development for quite some time, it seems that the company might be behind on the tech, as the leaked image shows the company retaining the rear-positioned fingerprint sensor, albeit shifted below the camera.

This speculation is furthered by new screenshots to the updated Samsung Health app, which utilises the fingerprint scanner to monitor heart rate. Originally, the app showcased the hard-to-reach design with the fingerprint sensor to the right, whereas the update shows the new, central design that should be easier to reach.

Of course, all of this is unconfirmed as of yet, with no certainty on when the Samsung Galaxy S9 or its variants will show up. It is apparently “unlikely” to show up at the Consumer Electronics Show (CES) early next year, but should appear sometime in the first quarter in some form or another.

KitGuru Says: While the Galaxy S8 didn't feature a dual lens camera, it was still one of the best cameras on the market thanks to its Dual Pixel technology along with its plethora of features. It is likely that Samsung will keep the dual lens technology as a premium for its bigger handsets, but at this point, anything could happen. Are you excited for Samsung's next array of devices?