Rumours of Google’s mid-range smartphone efforts have been circulating for quite some time, but a leak from the company’s own store earlier this month confirms that the Pixel 3a series is on its way. This model is said to be accompanied by a Pixel 3a XL, as Google reportedly conducts trials for the duo of handsets in India.

Last week, Google prematurely listed its rumoured ‘Lite’ mid-range smartphone on its store, officially dubbing it the Pixel 3a. As expected, the firm quickly yanked the page down, but not before keen-eyed readers grabbed a quick snapshot of the goof, via The Verge. 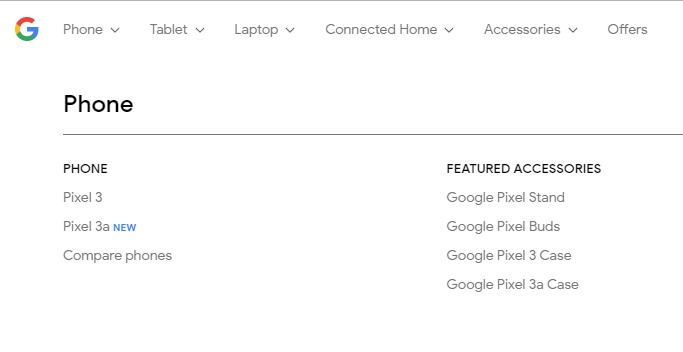 Although the page didn’t reveal many details about the upcoming handset, two codenames were discovered within the Google Play Developer Console device catalog just hours earlier. Redditor ElegyD lists them as Sargo and Bonito, which are believed to be the Pixel 3a and Pixel 3a XL respectively.

Sargo, or the Pixel 3a, is expected to come with a 5.6-inch screen at 1080 x 2220 resolution, while Bonito, or the Pixel 3a XL, is unsurprisingly larger with a 6.0-inch display at 1080 x 2160 resolution. Both are said to sport Google’s usual 4GB of memory, Qualcomm’s mid-range Snapdragon 670 processor and 12-megapixel rear sensors.

Roland Quandt, a prominent industry insider has claimed on Twitter that Google has recently been testing the two handsets in India, a market known for its embrace of budget variants. Pricing is said to reach as low as $300 for the Pixel 3a and $350 for the Pixel 3a XL, although it is unknown whether this estimation is based on conversion of local currency, expected retail value or the value of shipment. 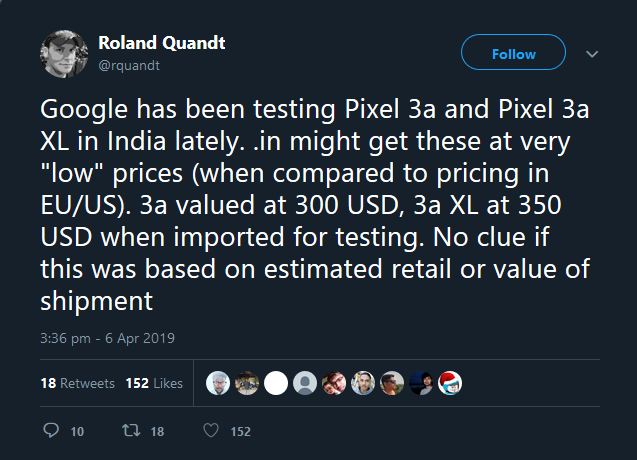 Google lists the smartphones as “midyear experiences,” a first for the company that has not once issued a refresh to its range in the middle of a cycle. Considering the naming is more in line with last year’s Pixel 3 range, it is unsurprising that we shouldn’t have to wait too much longer until the devices are made official. Currently, it isn’t certain when Google plan to unveil the duo, but many have turned their attention to Google’s I/O developer conference in May.

KitGuru Says: Google doesn’t always have the smoothest launches for its flagship handsets, so here’s hoping its new mid-range variants fare better. Would you consider a Pixel device if it manages to hit shelves between the £300-400 bracket?