Just as rumours previously predicted, Google is kicking off the rollout of Android Nougat today, with the OS update coming to the Nexus 5x and Nexus 6P. On top of that though, the update is also coming to the Pixel C tablet, which wasn’t previously mentioned.

Android 7.0 is a pretty hefty update, bringing redesigned notifications, beefier security, performance optimizations, multi-window support and more. As 9to5Google reports, Nougat factory images and OTAs are coming today for current Nexus devices and the Pixel C but unfortunately, the 2013 Nexus 5 will not be receiving the update. 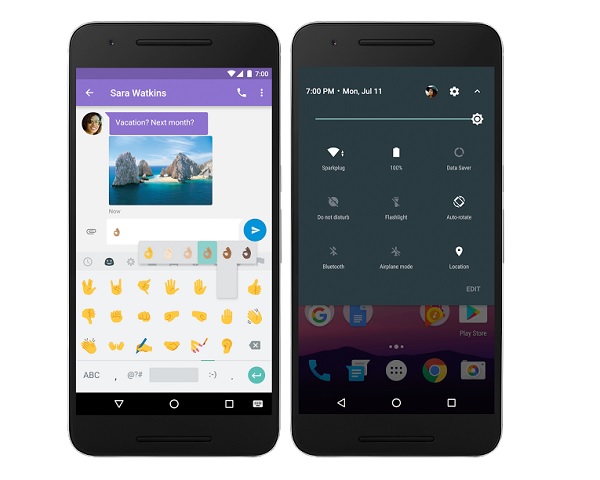 So far, we don’t know about Android Nougat rollout plans from some of the larger Android device makers, like Samsung, HTC and LG but hopefully we will hear some news on that front soon. Plenty of developers have had a head start with the new version of Android this year, so maybe support will start rolling out faster than we have seen in previous years.

Google announced its Android Nougat rollout in a blog post, which also goes over some of the key features in detail if you want to check out what’s in store for you.

KitGuru Says: Google’s own devices will be the first to get Android Nougat but hopefully we will see some popular third-party flagships get the update faster than previous years. Are any of you wanting to get your hands on the new Android update? Have you managed to try it out already?