Home / Lifestyle / Mobile / Android / Android Oreo 8.1 is now rolling out to the OnePlus 5 and 5T

Android Oreo 8.1 is now rolling out to the OnePlus 5 and 5T

So far, only a handful of smartphones on the market have the Android Oreo 8.1 update. We already covered the Razer Phone's 8.1 rollout yesterday and now, the OnePlus 5 and OnePlus 5T are joining the list, bringing along OS improvements, security improvements and a new ‘gaming mode'.

Starting today, the Android Oreo 8.1 update will be rolling out to OnePlus 5 and 5T owners. This is otherwise known as the OxygenOS 5.1.0 update, which includes Google's latest Android improvements in addition to the latest April security patch. The new update also adds full-screen gesture support for the OnePlus 5T. 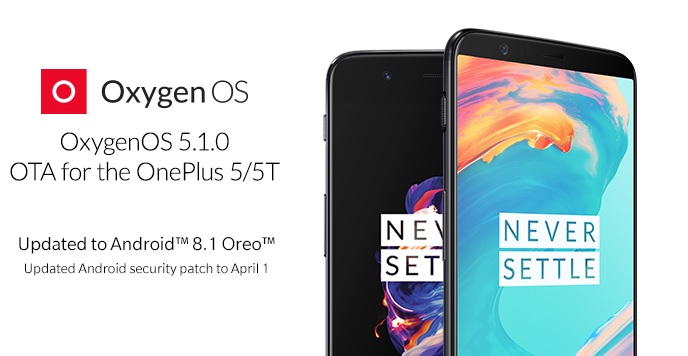 The full changelog also includes changes to the launcher, allowing for category tags in the search section of the app drawer. The OnePlus 5T will also automatically name folders based on category going forward, similarly to iOS and other Android phones on the market.

The OTA update will begin rolling out today. As with most Android updates, it may take a few days for some countries to get access, and different carriers may also cause delays.

KitGuru Says: The OnePlus 5 was a very popular phone with many of our readers, so it will be interesting to see the feedback on the most recent update. Do any of you have the 8.1 update installed already? How are you finding it?