Circlet projects Android on to your wrist

We've seen plenty of Android smart watches announced over the last year, but what about a bracelet that can project your phone screen on to your wrist? Circlet is a new wearable concept that takes full advantage of the Android operating system, rather than giving you a smaller, more compact experience like Android Wear.

The Circlet uses a pico projector, 8 long range sensors and all of the extra hardware to make Android applications run. You can activate the projector by twisting your wrist, you can then start controlling your phone from your wrist. You can find a video below to see how it works: 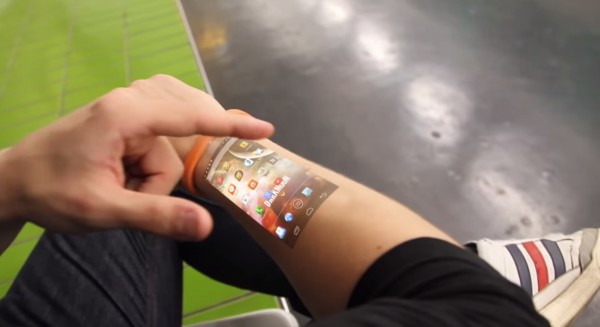 Circlet isn't a consumer product just yet, the company behind it isn't starting up a crowd funding campaign but is accepting donations, although this doesn't guarantee you a device. There is no release date set for the device either. The creator of the new wearable does have one application out though, it is also called Circlet but it is a messaging service.

While the device looks interesting, it seems to just be a concept for now and won't be available any time soon. However, it might be one to watch out for.

KitGuru Says: While device sounds pretty interesting in theory, it isn't a working consumer grade product just yet and it might never become one. Would you guys be interested in a wearable device like this? What do you think of the idea behind it?

Previous PewDiePie will guest star on South Park tomorrow night
Next Samsung’s own CPU and GPU cores in design stage, due next year