Asustek Computer has announced plans to demonstrate its highly-anticipated smartwatch at the IFA 2014 trade-show in Berlin, Germany, next month. The company has even uploaded a preliminary picture of the device to partly show off its design.

“Time has been transformed, and we have changed,” Asus quoted a Lebanese artist, poet, and writer, in a bid to emphasize the uniqueness of its smartwatch.

Judging by the teaser photo that was published in Twitter, it looks like Asustek’s smartwatch is made of metal with some plastic parts. No other official information – except the fact that the device is based on Google’s Android Wear operating system – is available at the moment. It is rumoured that Asus’ smart-watch features an AMOLED display and integrates numerous sensors for health and fitness tracking. 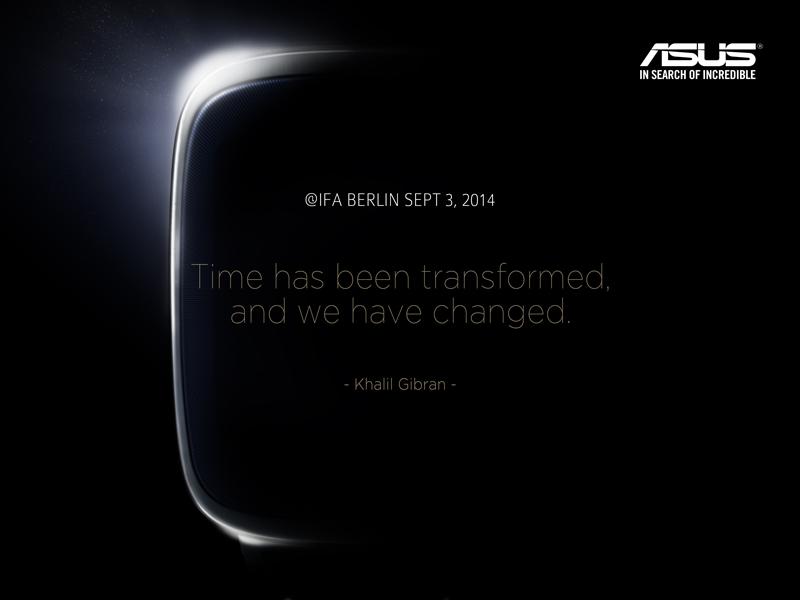 Earlier this year it was also reported that Asus planned to make its smartwatch more affordable compared to products by competitors in order to gain market share. The actual price of the gadget remains to be seen, but it is expected that Asus plans to sell the smartwatch for $99 – $149 (€72 – €109, £58 – £87).

Since Asus has not demonstrated its smartwatch ahead of launch, it is likely that the company is pretty serious about the product and pins quite some hopes on it.

KitGuru Says: Asus is known for integration of various unique technologies into its gadgets. The question is whether those unique capabilities will actually bring benefits to end-users and will be supported by software developers.