Samsung Electronics on Thursday introduced its Gear S, the world’s first smartwatch with smartphone capabilities, including voice calling. The Gear S comes with a stylish curved AMOLED display and seems to be considerably more advanced compared to all of its predecessors.

The Samsung Gear S is not just a companion for Samsung’s smartphones, but a fully-fledged device with its own connectivity and software. The product is based on the Tizen operating system and can run programs specially developed for it. By default, the smartwatch is equipped with an email client, maps by Nokia Here, a music player, a calendar, a weather app, a 24-hour news and views fastFT service from The Financial Times, Facebook app, S Health, Nike+ Running and so on. 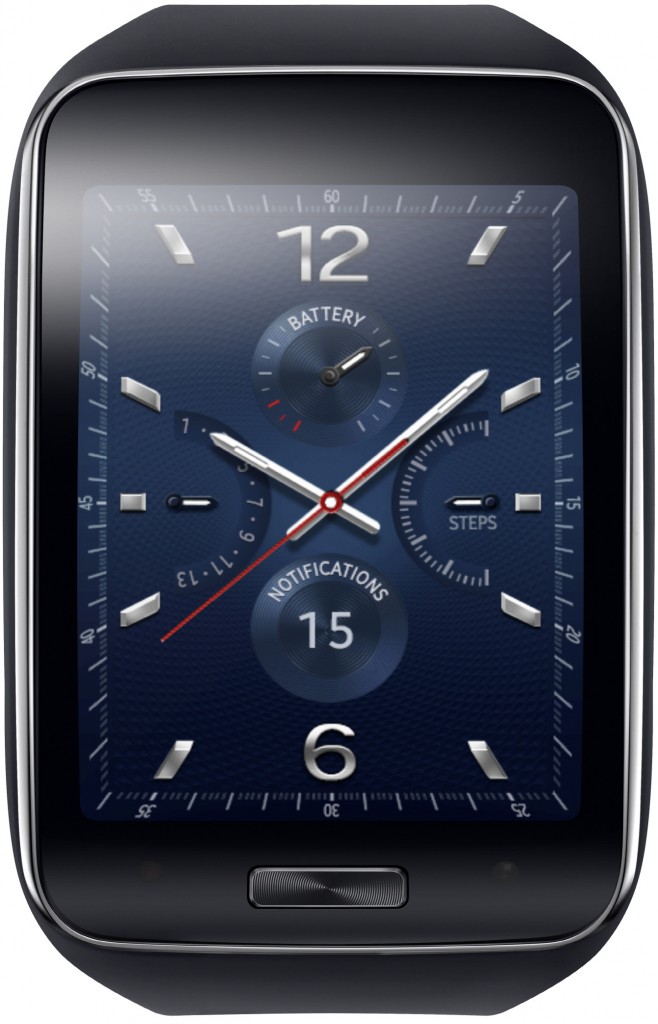 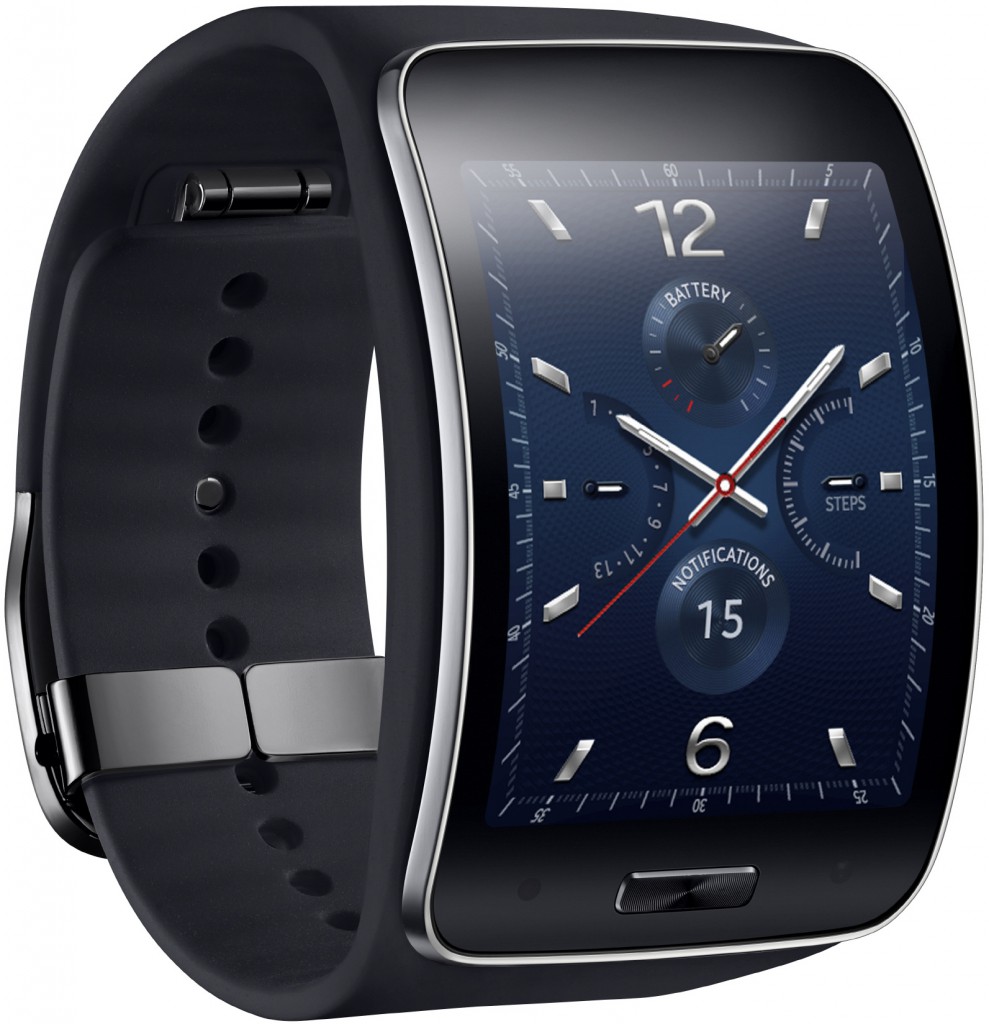 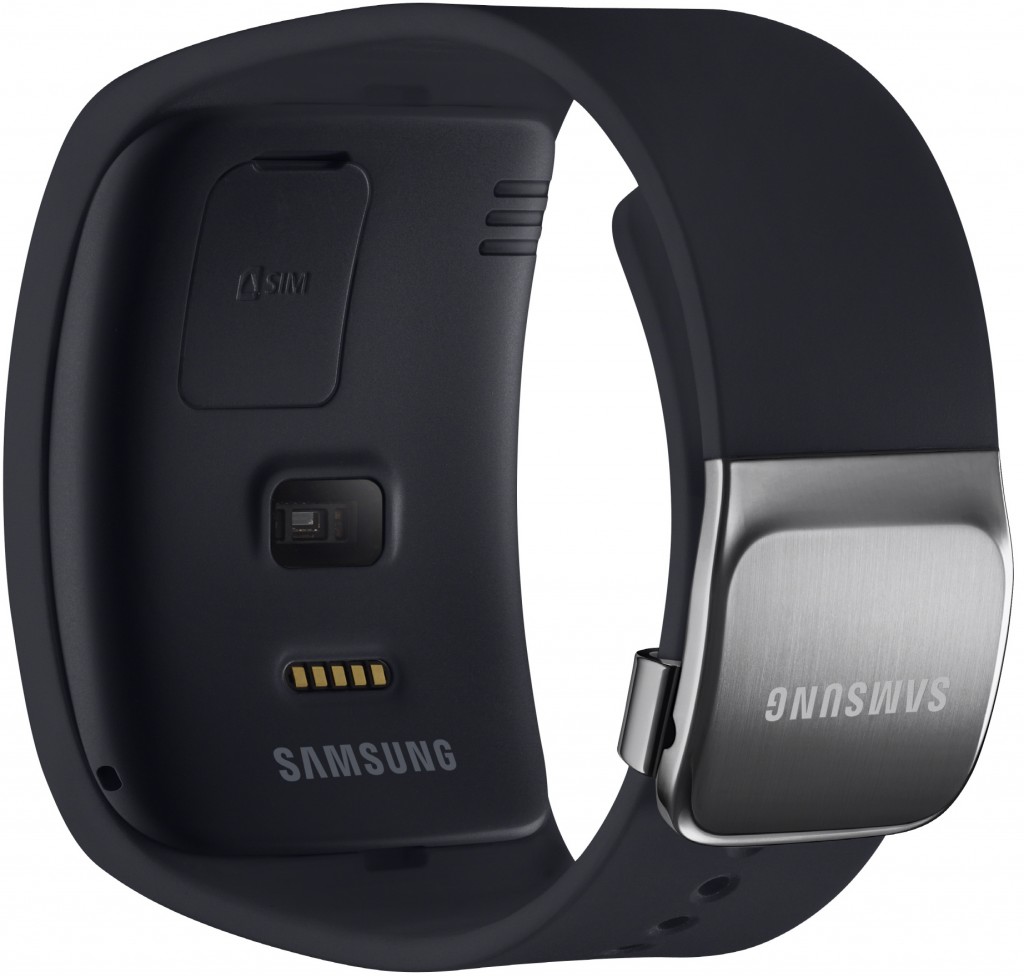 Samsung Gear S features a curved 2” display (superAMOLED, 360*480 resolution), dual-core 1GHz processor, 512MB RAM, 4GB of NAND flash storage, heart-rate sensor, accelerometer, gyroscope, compass, barometer and 300mAh Li-ion battery (which is enough for two days, according to Samsung). The Gear S also sports Wi-Fi 802.11b/g/n, A-GPS/GLONASS, Bluetooth 4.1, 2G (900/1800 or 850/1900) and 3G (900/2100 or 850/1900) connectivity. The gadget features customizable screen options as well as changeable straps, which will allow users to change outlook of their smart-watch depending on their clothes or mood. 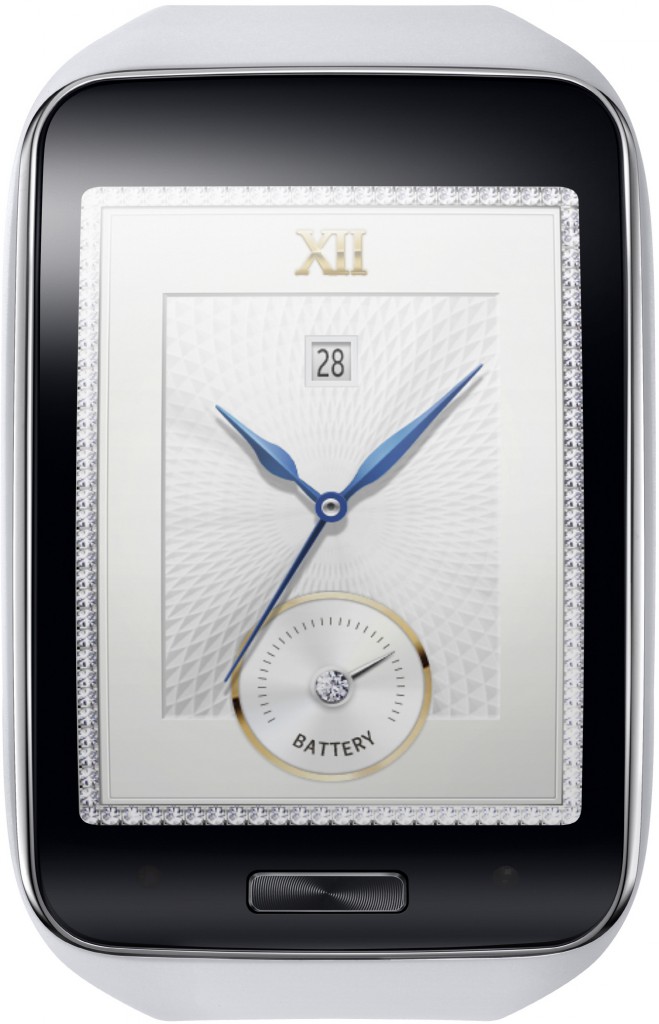 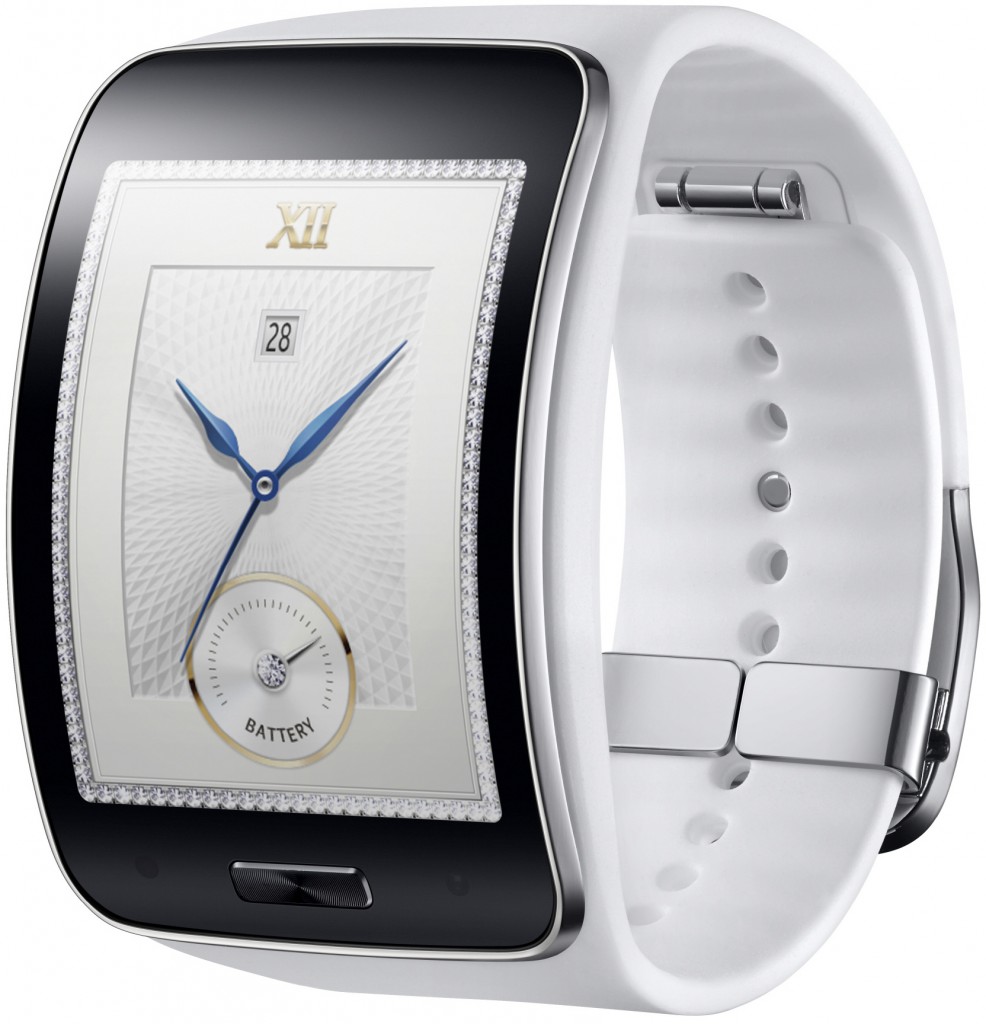 Thanks to extensive connectivity options, the Gear S allows to make and receive calls directly from wrist, or get calls forwarded from their smartphones. The Samsung Gear S allows consumers to control how they want to connect, switching easily between 3G and Bluetooth connections, and automatically synchronizing information when paired to a smartphone. 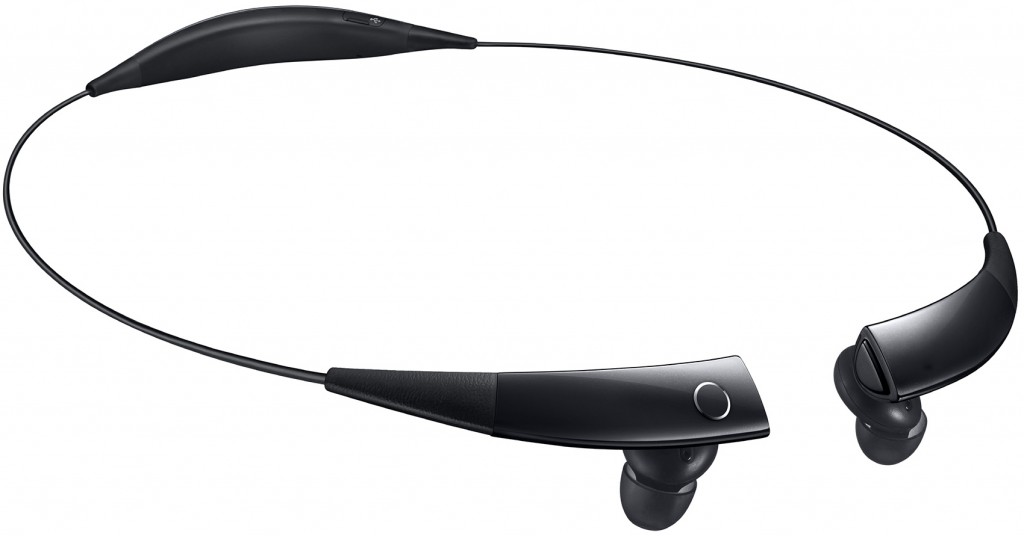 In addition to the Gear S, Samsung also introduced the Gear Cycle, a special Bluetooth handsfree device that allows users to receive calls, listen to music, and make voice commands. The device features a magnetic lock which clasps around the user’s neck when not in use, as well as a vibrate function to signal incoming calls and notifications. 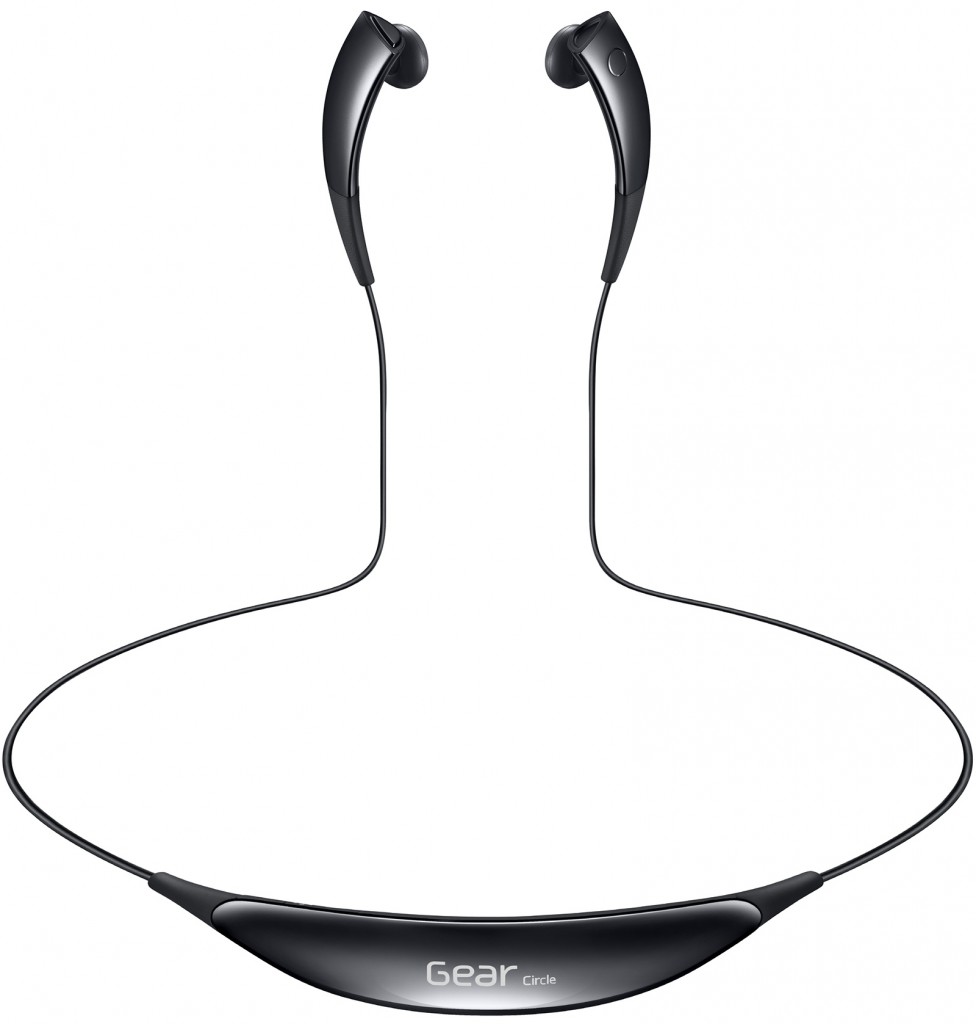 Both the Samsung Gear S and the Gear Circle will be available in global markets beginning October. Pricing is unknown.

KitGuru Says: While it is doubtful that it is actually comfortable to talk to a watch, the Gear S still seems to be a step in the right direction. The device is rather sophisticated and comes with programs from third parties, perhaps, there will be more applications available for it eventually. What is important is that the Gear S is much more stylish than all of its predecessors and seems to be based on proven technologies. The combination of features and style makes Samsung’s Gear S a gadget to consider. If the price is right, it will compete not only against Apple’s iWatch, but also against watches from traditional makers.