Samsung Electronics has introduced two new smart-watches at the Mobile World Congress 2014 trade-show. The Gear 2 and Gear 2 Neo have become more powerful and more independent than their predecessor launched just about half a year ago. The devices now run a special version of Tizen operating system and therefore support programs written specifically for them. The integrated feature-set of the Gear 2 was also improved.

The Samsung Gear 2 and Gear 2 Neo are essential companion devices that allow users to accept or ignore incoming calls and messages as well as provide instant notification options based on a user’s activity and habits. Samsung Gear 2-series feature 1.63” display (superAMOLED, 320*320 resolution), dual-core 1GHz processor, 512MB RAM, Tizen-based operating system, 4GB of NAND flash storage, heart-rate sensor, pedometer, accelerometer, gyroscope as well as Bluetooth v4.0 LE and IrLED connectivity. The Gear 2 2MP camera with auto-focus integrated into the body of the device, whereas the Gear 2 Neo comes without a camera.

The Gear 2 and Gear 2 Neo can be connected to a wide variety of Samsung devices and are compatible with dozens of Samsung Galaxy smartphones at launch, according to the company. The new smart-watches can control electronic products such as TV, settop box through WatchON Remote application as well as the embedded IrLED sensor. The new wearable gadgets also feature integrated media player that can work independently from a smartphone.

Eventually, Samsung Gear 2 will gain applications developed specifically for their Tizen operating system. At present it is unknown how those applications will be distributed and installed.

“Samsung continues to lead innovation in the wearable market by creating devices that are completely integrated into the lives of consumers through extended connectivity features, stylish customization options and a robust application ecosystem,” said JK Shin, chief executive of IT & mobile division at Samsung Electronics. “With the Samsung Gear 2 and Gear 2 Neo, we have enhanced everything consumers love about the Gear to offer unparalleled smart freedom in their everyday life.” 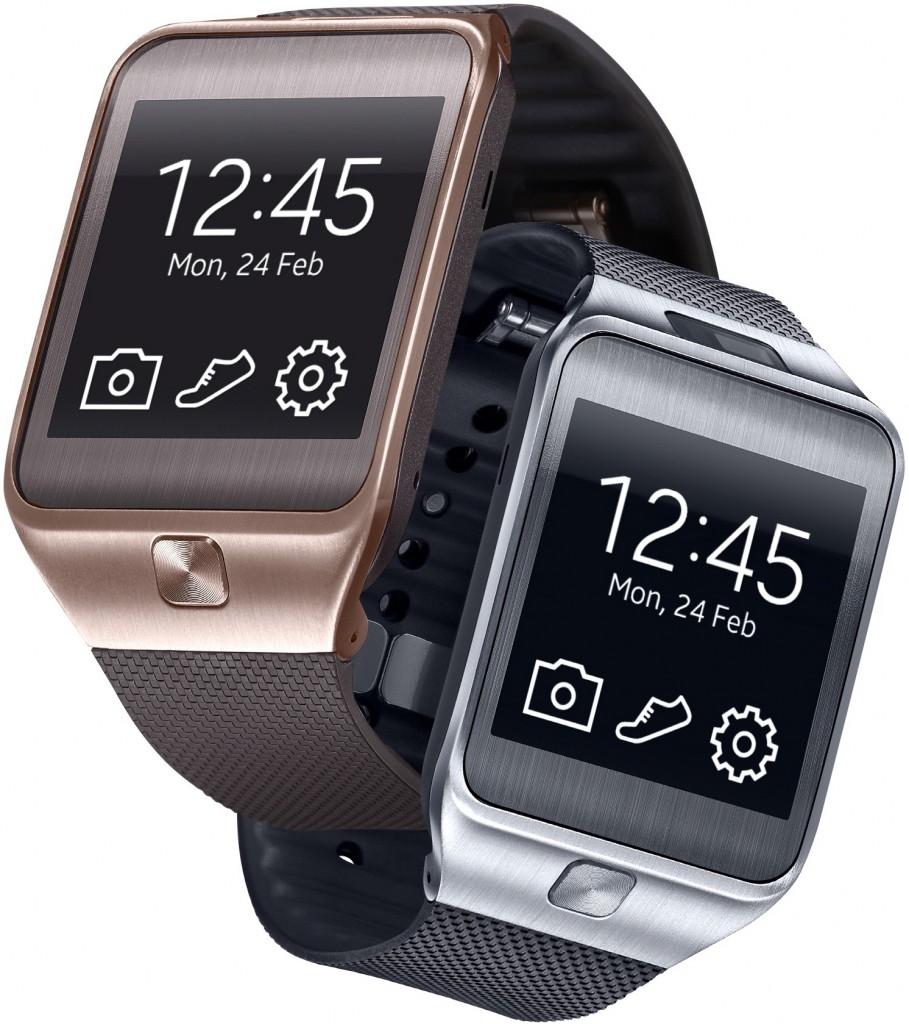 Both devices offer a lightweight design with premium finishes that reflect modern trends. The gadgets are dust and water resistant.

Samsung Gear 2 and Gear 2 Neo will be available around the world starting from April.

KitGuru Says: In general, the Galaxy Gear 2 and Galaxy Gear 2 Neo can do the same things as their predecessor, the Galaxy Gear, and also offer a lot of other functions. Whether or not they become popular will depend on their price as well as support by third-party applications.

Previous Updated: Mt Gox loses 700,000+ bitcoins in heist, looks to close
Next Mozilla and Spreadtrum team up for $25/£15 smartphones