Last week a draft of the Investigatory Powers Bill was released by the British government, showing that it had roped in some of the Snooper's Charter Clauses into the new piece of anti-terror legislature. While it would have ISPs keep records on every customer's internet history for over a year, Apple has highlighted how it would also place obligations on providers to intercept data, something it would be unable to do without weakening end-to-end encryption.

“If you leave a back door in the software, there is no such thing as a back door for good guys only,” said Apple CEO Tim Cook (via Reuters) highlighting an issue that has been at the heart of the anti-encryption debate. “If there is a back door, anyone can come in the back door.”

“We believe that the safest approach for the world is to encrypt end to end with no back door. We think that protects the most people,” he said. 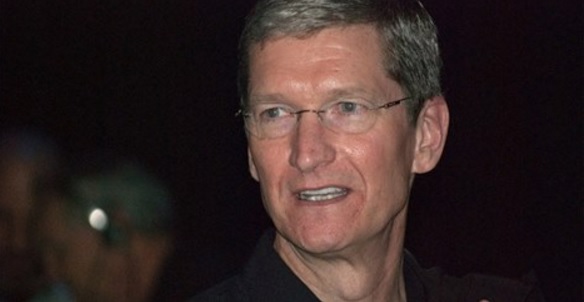 This is a view point the British government has disagreed with heavily in recent months, suggesting that encryption is merely a tool that terrorists and paedophiles use to escape arrest. In reality it's something used by everyone from journalists, to lawyers, to banks, to conduct activities that could be exploited by nefarious individuals.

Indeed Cook suggested that the very ‘bad guys' that the British government and its intelligence agencies suggest the new bill would allow them to capture, would simply use alternative encryption standards or different methods of communication.