Last year Apple surprised us all with a 5K iMac, featuring a custom made display controller to get the massive resolution running properly. It seemed like an odd move at the time considering the massive push for 4K. However, this year it looks like Apple is set to launch a new 4K iMac as well.

While the new iPhone announcement is set to take place next Wednesday, we will also be seeing the new Mac lineup in October, as usual. Amongst other new products, we will be seeing a 21.5 inch 4K iMac announced, in addition to an updated 27-inch 5K iMac. 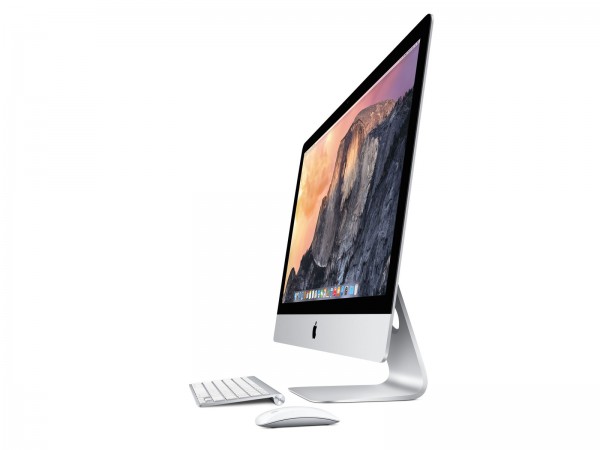 Right now, Apple’s 21.5 inch iMacs all sport 1080p resolution, while the larger 27-inch models are 1440p. Then at the very top we have the 5K iMac. We don’t know where the 4K iMac will sit in the lineup, though it is unlikely that Apple will completely replace its 1080p models.

According to 9to5Mac’s report, the new iMac will launch with OS X El Capitan installed in November this year, a few weeks after its announcement.

KitGuru Says: Apple has always been a big advocate for higher resolution displays on its devices, though it hasn’t gone to extreme lengths as we have seen with some Android smartphone makers. That said, 4K seems like a pretty high resolution for a 21.5 inch display.