Logitech recently announced that it would soon be releasing products under the new brand name ‘Logi', although it did not have anything specific lined up for release at the time. Now, the company has revealed the Logi Blok cases for the iPad Air and the iPad Mini tablets.

Logitech has created iPad and iPhone accessories in the past. These new Logi Blok cases will come in different colours and are apparently drop proof, covering the iPads rounded edges with sharp corners. These cases are rated to handle impacts from a height of six feet for accidental drops, rather than throwing it out of a window. 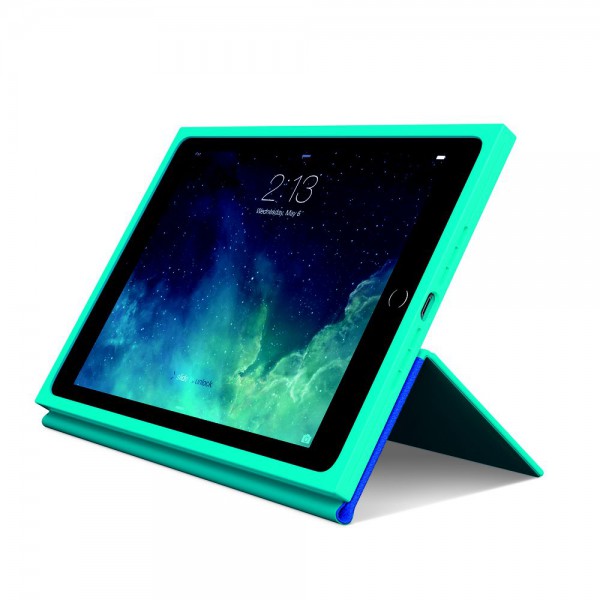 In its press release, Logitech said: “Our designers worked with material experts to protect the most sensitive parts of the iPad without adding the bulk you associate with ultra-protective cases”. This seems to be the direction Logitech is pushing with the Logi brand, with colourful, simple products that push a bit further beyond the tech market.

Like with many iPad cases, prices range from around $39.99 all the way up to $129.99. The highest end model comes with a kickstand and a detatchable keyboard, much like Microsoft's Surface tablets. There will be three cases launching in August, just ahead of this year's new line of iPads.

KitGuru Says: Logitech's announcement of Logi was a little surprising, considering that Logitech in itself has become a strong, recognizable brand. It would seem that Logitech's aim with Logi is to capture a wider audience, rather than just catering to a tech-focussed audience.