People are already lining up for the iPhone 6

It turns out that some people are already lining up for the iPhone six ahead of its impending announcement on the 9th of September. We normally see people forming lines outside Apple’s stores a few days before release, rather than weeks.

These people aren’t all completely crazy though, the first couple were paid $1250 to reserve two spots in line while a third person has made around $7000 reserving spots in line in the past. 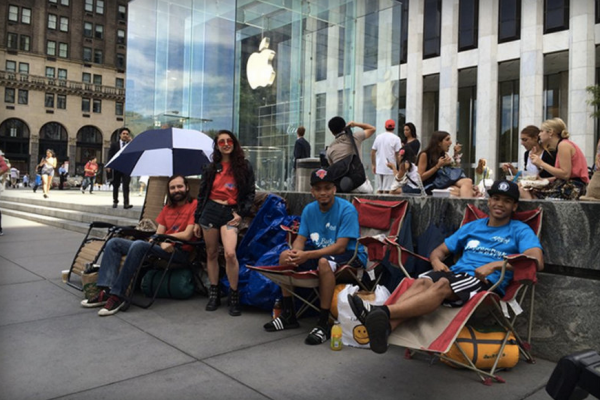 Apple’s iPhone reveal will take place next Tuesday, after that, it could be a two week wait before the handsets are available at retail. However, its safe to assume that most of the people willing to wait that long in line are being compensated fairly well.

The iPhone 6 will feature a 4.7 Inch screen and will launch alongside iOS 8. There are plenty of leaks around showing off the device ahead of time, we even managed to nab one ourselves, which you can see, HERE.

KitGuru Says: I don’t think I would want to sleep outside of an Apple store for one night let alone a couple of weeks just for a phone. Is there anything that you guys would camp out for? Doesn’t necessarily have to be a phone…