Apple has officially begun sending out invites for its annual September iPhone launch event. This year, we will be seeing the launch of the iPhone XI/iPhone 11 on the 10th of September and as usual, most of the details are already out in public well ahead of time.

There are a few things we know about this year's set of iPhones already. Instead of just a standard and Plus/Max model, rumour has it that there will be a third ‘Pro' iPhone also added to the lineup, which will likely also support the Apple Pencil just like the iPad Pro. The new iPhones will all use OLED displays, a triple-camera set up on the back of the phone and a new A13 SoC produced by TSMC. 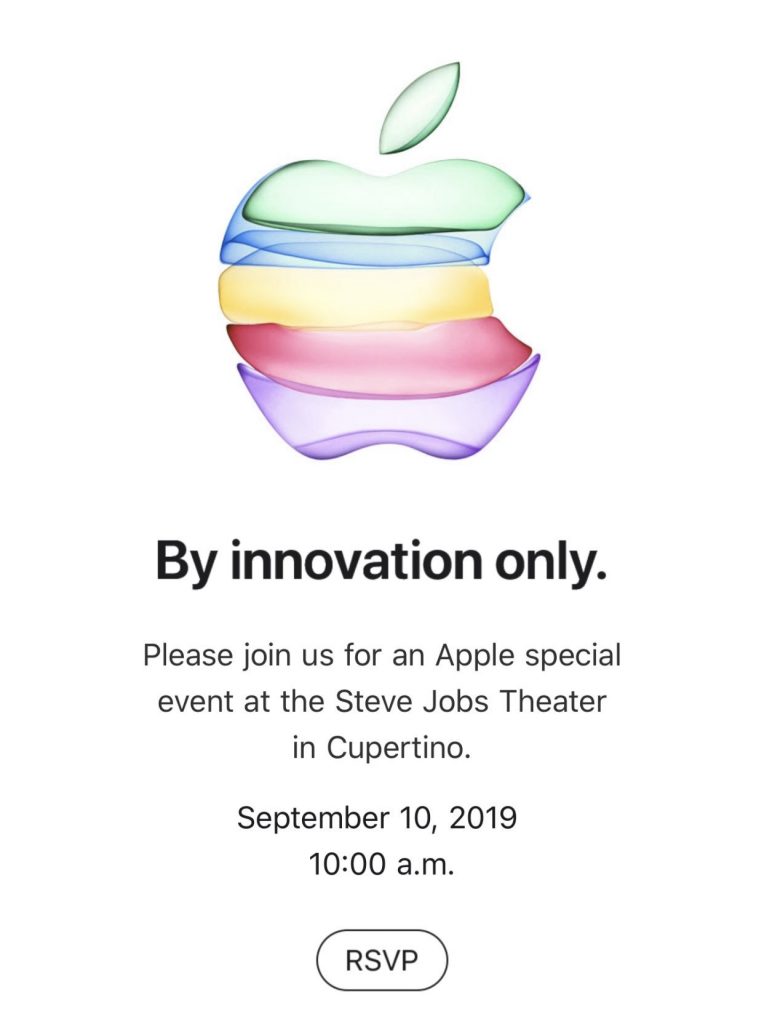 5G is apparently out of the question for this year, but we are hearing that Apple is planning to dive into 5G technology in 2020, a rumour that is backed up by Apple's recently renewed contract with Qualcomm, in addition to the acquisition of Intel's smartphone modem business.

Judging by the invitation sent to press, Apple is also planning new colour options for this year's batch of smartphones. Based on more recent leaks, we are also expecting to see the launch of the Apple Watch 5 at Apple's event tomorrow.

KitGuru Says: I've never been a fan of the camera bump since it was first introduced on the iPhone 6, so I am already not particularly pleased with the iPhone 11's leaked design. Still, I'm sure Apple will end up raking in plenty of cash regardless.