Snapchat could be partnering with Amazon with new feature

Earlier this year, Snapchat announced its plans to utilise Visual Search in order identify things within the frame of a picture and redirect users to a webpage containing that specific item. Announcing its partnership with Amazon, Snap will use this feature to make purchases easier than ever across both platforms.

“Beginning this week, we're testing a new way to search for products on Amazon right from the Snapchat camera,” announced a Snap spokesperson. “We'll be rolling it out slowly, but we wanted to announce it to everyone at the same time.” 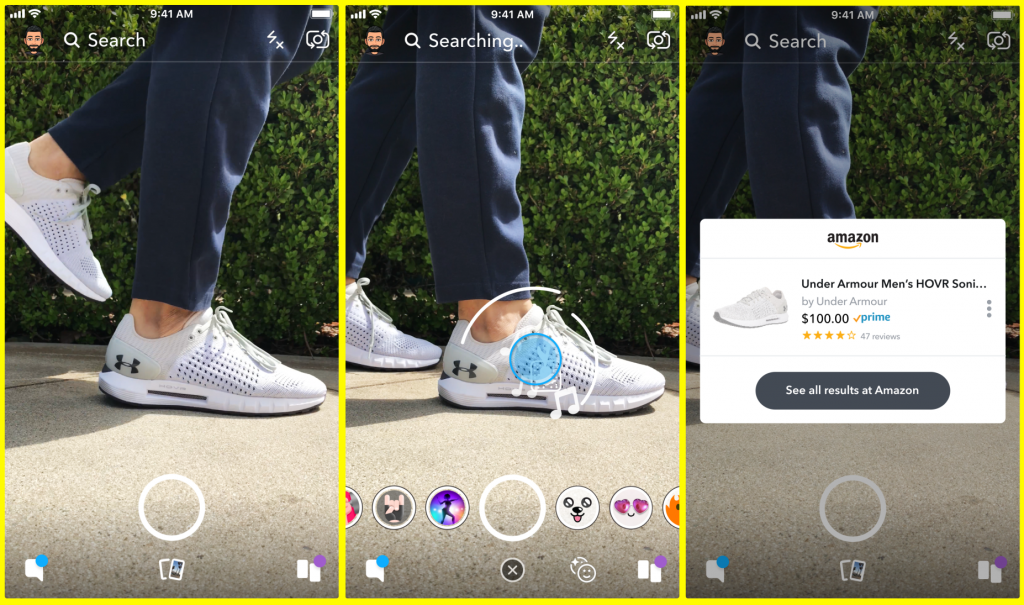 Considering every platform and its dog wants in on Snapchat’s feature to give a limited window into people’s lives, it’s no surprise that the firm is working on a way to keep its competitive edge. Snap is keeping hush on the details, revealing that the screenshots are just a test rolled out to a select amount of users in the United States for the time being.

The feature works similar to the scanning of a QR Code, a feature that Snapchat has housed for quite some time. Users simply have to point towards an item they wish to find, long press the item on screen to activate the feature and wait for a pop-up to display the item, price and rating on Amazon. It hasn’t been revealed just how effective and accurate the feature will be, but it’s certainly not present on Instagram or Facebook.

KitGuru Says: The competition Snapchat has been facing over the past year has become quite fierce, making this feature a necessary effort to distinguish itself. With the addition of a unique new feature, plus a cut of the sales revenue, this could potentially put Snapchat back on the map. Do you use Snapchat?