One of the key features of the HTC One is BoomSound which takes the form of an inbuilt amplifier for the headphones and speakers, as well as a pair of front mounted stereo loudspeakers.  Most smartphones only feature a single loudspeaker on the back of the phone, so HTC is looking to appeal to those who wan’t a better audio experience with the One.

When it comes down to real world performance, we were very impressed by the sound produced from the pair of loudspeakers.  They offer improved clarity and volume over competing smartphones, making them ideal for watching movies on the go.  They are also well-suited to music playback, however you would be much better off using earphones.

The HTC One features Beats Audio which is essentially a predefined set of Equaliser settings which optimse the sound produced for music playback, by increasing the volume and making the bass registers more prominent.

The included Music app is intuitive and offers all the features we would usually expect to see, however it also features Google Play Music which offers streaming services.  Both of these apps can be found in the ‘Media’ folder in the application tray and are also both supported by widgets on the lock screen when music is playing.

The HTC One played our 1080P test videos flawlessly without stuttering at all.  We would recommend trying to use 720P video files where possible, though, as the difference in output quality on a screen this size isn’t noticeable and the amount of storage space saved is significant.

Our sample of the HTC One offers 32 GB of storage, however there are 64 GB versions available in some markets.  Unfortunately, the One doesn’t feature expandable storage, so you won’t be able to increase this any further.  The included video player isn’t capable of playing all formats, however there are a number of free alternatives on the Play store such as MX Player which improve compatibility.

Unlike most other manufacturers, HTC hasn’t become obsessed by one-upping the competition by including a higher resolution camera sensor.  Instead, they have decided to use a lower resolution sensor, whilst concentrating on improving other aspects of the camera.

More on the camera on the next page… 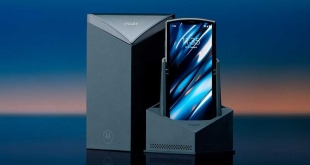 Motorola Razr is available to pre-order in the UK now

Motorola introduced its new clamshell style, flexible display smartphone back in November 2019 and since …