Microsoft has finally Edged its browser onto Android and iOS

Over the past month, Microsoft Edge has enjoyed a beta period across smartphone devices, with its focus being its “continue on PC” functionality. This was originally a closed testing period requiring people to sign up for special access, but now all Android and iOS users can get their hands on the Microsoft Edge browser.

As planned, its “continue on PC” feature is the centrepiece, allowing mobile users to switch seamlessly from using their browser on smartphone, picking up where they left off on PC. Of course, mainstay functions also include favourites, reading list, ebooks, history and the works you’ve become accustomed to from other browsers. 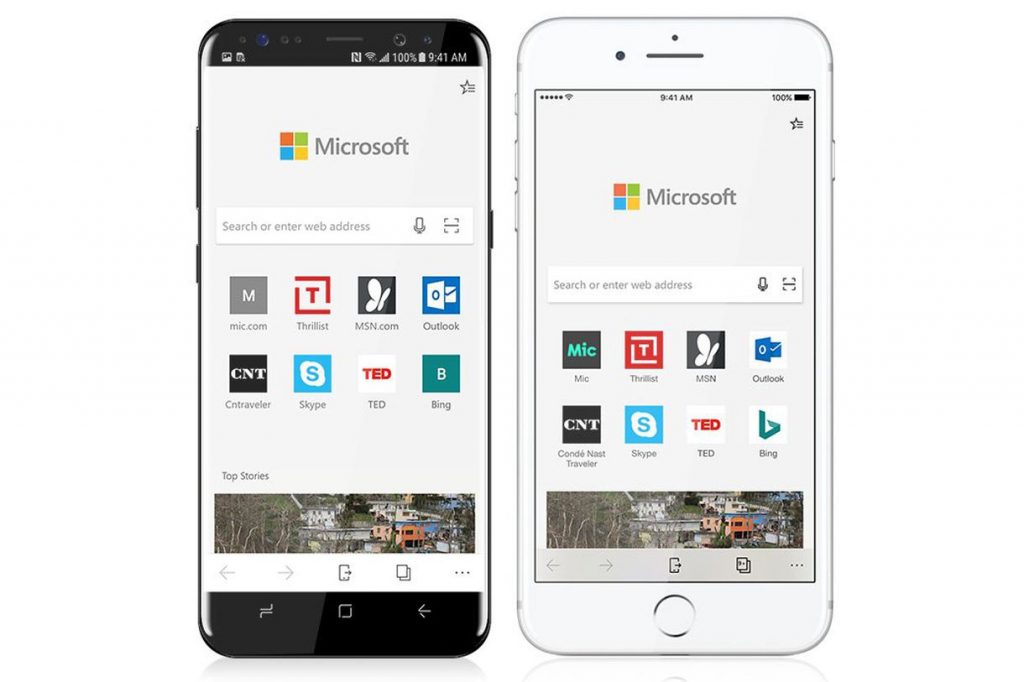 These features put the browser on par with Google Chrome, which similarly features the all-in-one ecosystem between desktop and mobile. Mozilla is seemingly catching up, but slowly as it is focusing on desktop with Firefox Quantum having released not so long ago.

Unfortunately, after the initial setup, it seems that the mobile and desktop versions of Edge don’t share history as Microsoft still hasn’t added tab syncing. The company has announced that it does plan to support the feature in the near future, as well as bringing a fully equipped Edge browser to Apple’s iPad to.

Users can download Microsoft Edge for iOS over on Apple’s App Store and Android on the Google Play Store as of today.

KitGuru Says: Considering Microsoft has had its Edge browser out on desktop for the best part of two-and-a-half years, it’s been quite slow to the mark with mobile. Does the promise of “continue on PC” make you Edge to Microsoft’s browser over the tried and tested Chrome? Or do you use another browser entirely?