One of the big topics surrounding wearables since Apple debuted its smart watch, is cost. With the cheap versions of the hardware costing a few hundred pounds and the most premium almost £9,000, the fruity firm is taking a big gamble that people are happy to put style over substance; but of course that’s a roll of the dice that has paid off for Apple many times before. Taiwanese manufacturer Hannspree is going down a different route with its new wearable though, making it so cheap that anyone can afford one.

Priced at just £30, Hannspree’s unimaginatively named Sports Watch, is perhaps the cheapest fully featured fitness tracker available. Even though it costs less than half the price of most other sports orientated wearables, it has the ability to track your location and therefore distance travelled, calories burned and steps taken. It can even keep an eye on you while you’re asleep, with all collected information stored locally and sent to the companion application which works on both iOS and Android smartphones. 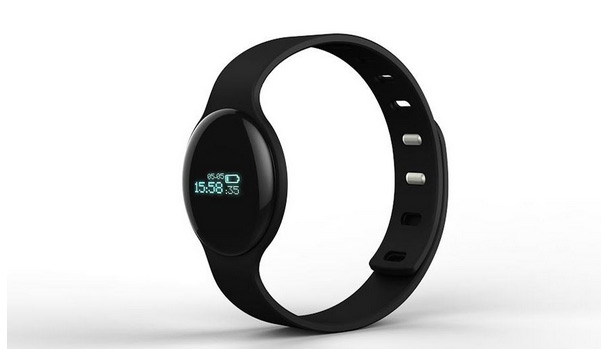 Hardly a fashion item, the Sports Watch has a streamlined approach to everything

Hannspree keeps the cost down on this wearable by omitted certain features like a heart rate monitor and GPS tracking, but it does come with a small display (measuring 0.68 inches across) and can give you notifications of calls and texts sent to your phone. The battery is even said to last up to 10 days at a time in ideal scenarios.

KitGuru Says: While some may wonder whether the cut-back feature set of the Sports Watch is enough to attract buyers, I think the ridiculously low price makes this a great entry model for those considering wearable tracking but don’t want to splash out on a pricier model. They may buy a fancier one later, but for their first, this would make a great choice. Even if they don’t end up wearing it for long, they aren’t really out of pocket.