ARM Holdings this week introduced its new Cortex-M7 processor that promises to double the compute and digital signal processing (DSP) capability for high-end embedded applications used in next generation vehicles, connected devices (including the so-called Internet-of-things devices), and smart homes and factories.

The ARM Cortex-M7 core is based on the ARMv7-M 32-bit instruction set and features 6-stage superscalar pipeline with branch prediction. The core can work at up to 400MHz and offers up to 3.23DMIPS per MHz. The Cortex-M7 can integrate large caches, a floating point unit high-performance memory interface for new-generation devices and so on. The new core is compatible with already developed applications. ARM claims that the Cortex-M7 delivers 2000 Coremarks at 400MHz when implemented using low-cost 40nm low-power (40LP) process technology.

ARM expects Cortex-M7 to be sued for smart control systems employed in a range of applications such as motor control, industrial automation, advanced audio, image processing, a variety of connected vehicle applications and other Internet of Things (IoT) uses. 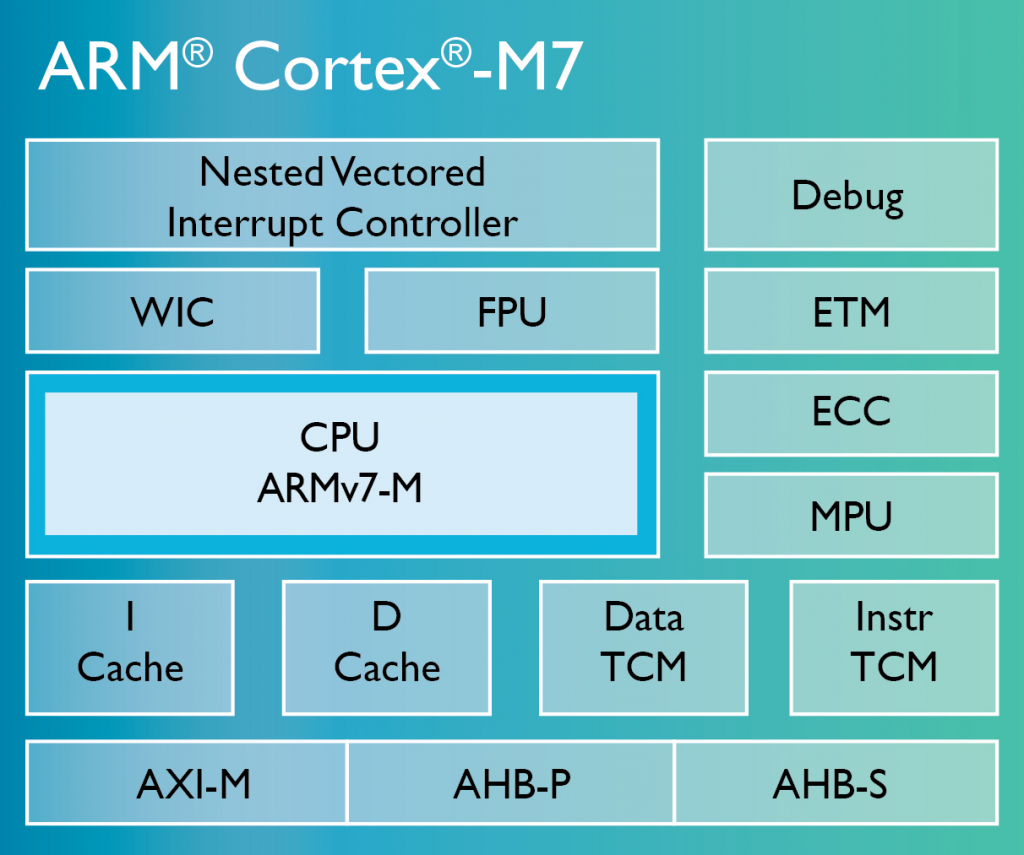 “The addition of the Cortex-M7 processor to the Cortex-M series allows ARM and its partners to offer the most scalable and software-compatible solutions possible for the connected world,” said Noel Hurley, general manager of CPU group at ARM. “The versatility and new memory features of the Cortex-M7 enable more powerful, smarter and reliable microcontrollers that can be used across a multitude of embedded applications.”

Early licensees of the Cortex-M7 processor include Atmel, Freescale and ST Microelectronics.

KitGuru Says: As embedded computing devices get more complex, it is not surprising that processing cores which power them also gain performance.