Today at the Samsung Developer Conference, the company announced three new laptops which have been co-engineered with Intel. Two of which will target the specification of “Project Athena”, and a Galaxy Book S which will include an Intel “Lakefield” processor.

With Samsung’s two latest additions, a total of 17 laptops have been verified to meet the target specification and key experiences of Intel’s “Project Athena”. The two new laptops from Samsung will feature 10th generation Intel Core processors. Both the Galaxy Book Flex and Galaxy Book Ion have been developed in partnership with Intel for consistent battery response, battery life performance and instant action.

“Our partnership with Samsung opens the door to bring PC and mobile innovation together in entirely new ways. Samsung’s first Project Athena-verified laptops and the new Galaxy Book S with our Lakefield processor are great examples of the work we are doing together, but they are only the first of many achievements yet to come.” Said Gregory Bryant, Intel executive vice president and general manager of the Client Computing Group.

Both the Galaxy Book Flex and Ion feature the world’s first QLED display in a laptop, along with an ultra-slim bezel design and will be available in 13.5-inch and 15.6-inch variants. The Samsung Galaxy Book Flex is based on a 10th gen Intel Core CPU with built-in Iris Plus graphics, a 360-degree hinge and equipped with an enhanced S pen with gesture control. 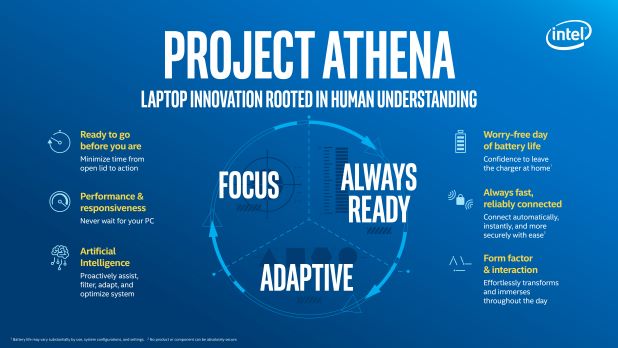 The Samsung Galaxy Book Ion to also based on an Intel Core 10th generation processor to handle multithreaded workloads, with an ultra-thin lightweight frame manufactured from magnesium. Galaxy Book Ion is due to be available in December in select markets. However, there is no firm date from Samsung for the release of the Galaxy Book Flex just yet.

At the Samsung Developer Conference, the company also announced details on the upcoming Galaxy Book S, based on Intel’s Lakefield processor which features Intel Foveros 3D stacking technology to deliver optimal performance, efficiency and connectivity, in a small form factor footprint. Samsung’s Galaxy Book S is expected to be the first device on the market to feature an Intel Lakefield CPU featuring Intel LTE support.

KitGuru says: With the addition of these new devices from Samsung featuring “Project Athena” and Intel Lakefield processors, could this be an indication that Samsung will be attempting fight to Apple and Microsoft in the high-end laptop market, using this innovative technology? Samsung has trailed other big names in this area in the past. What do you guys think?

Previous Gwent: The Witcher Card Game arrives on iOS; no Android version in sight
Next 343 Industries begins sending out invites for the biggest Halo: Reach PC test to date