The HTC One M8 launch has passed and most of the hype has settled but it seems that HTC is almost ready to reveal the mini version of its new Android flagship as some specs and the images of the phone leak. EVLeaks is behind this one, revealing what appears to be a press shot for the device.

The new One Mini looks very similar to the One flagship, just like last year including the same colour options, design and metal body. However, like with most mini phones, the main sacrifice will likely be in the specifications department. 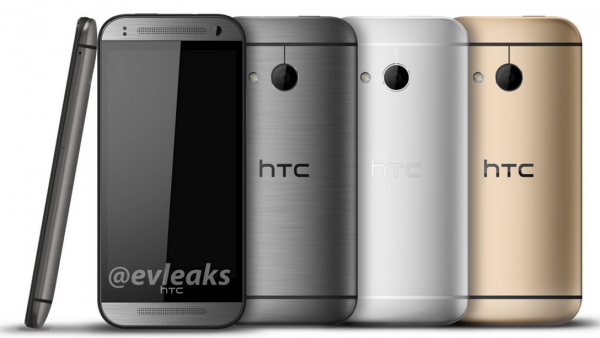 One of the One M8’s big features was its dual camera, even if it did end up being slightly worse than last year’s single camera. On the One Mini there isn’t room for two camera’s so it just has one, it keeps the much loved front facing speakers though.

According to an earlier leak, the phone will have a 4.5 Inch 720p display, a quad-core Snapdragon 400 CPU, 13MP rear camera and a 5MP front facing camera- 16GB onboard memory and an SD Card slot are also said to be included.

KitGuru Says: Mini and budget versions of flagship devices are always less exciting but some people don’t like huge phone screens, I tend to struggle sometimes with a 4.7 Inch screen so these slightly smaller devices do tend to sell fairly well.