After plenty of rumours and even some talk of the Surface line up getting scrapped, today Microsoft announced the Surface Book 2, it’s most powerful Surface Book ever. The new laptop comes with an updated design and bumps up the internals to feature Nvidia GTX 10-series graphics and an Intel 8th Gen processor.

The original Surface Book launched two years ago, so this upgrade has been a long time coming. Over on the Windows Blog, Microsoft’s head of devices, Panos Panay, writes that the Surface Book 2 is a laptop intended to “push the limits of what technology can do”. It was primarily built for creators, a running theme for Microsoft this year with two Windows 10 ‘Creators Updates’ spread several months apart. 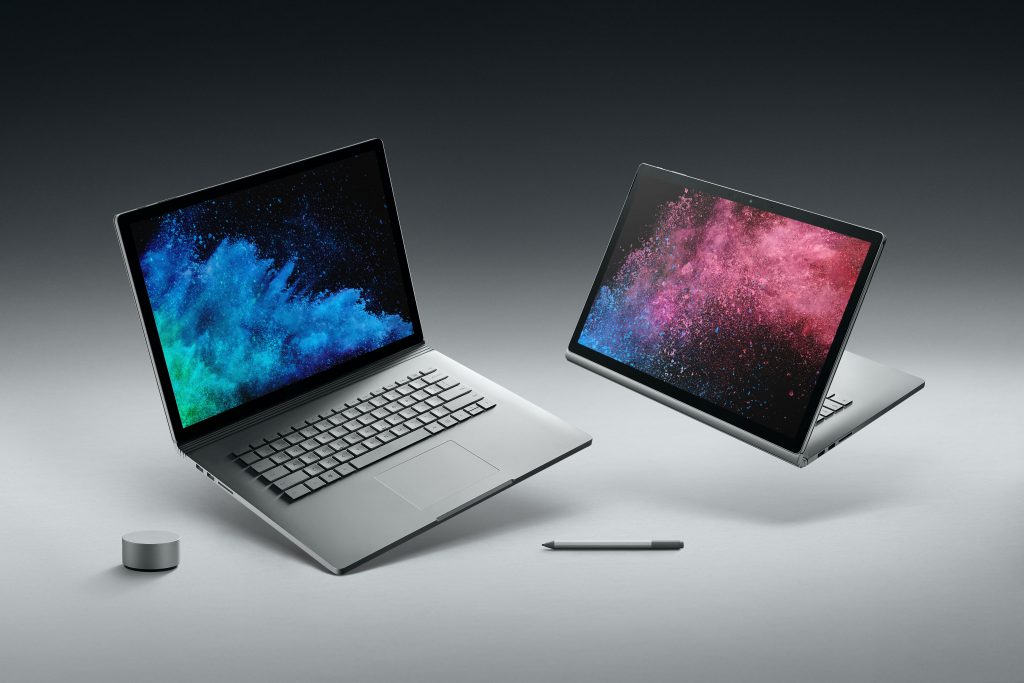 In order to make this the most powerful Surface laptop ever, Microsoft went with Intel’s new 8th Gen Kaby Lake processors, while also providing Nvidia GTX 1050 and GTX 1060 options, both of which pack enough grunt to run Microsoft’s new Windows 10 ‘Mixed Reality’ platform. It is said to be twice as powerful as the Macbook Pro, while still providing excellent battery life. According to Microsoft, this laptop should support up to 17 hours of video playback in a single charge.

The detachable display/tablet design is still present, though there are now 13-inch and 15-inch options available. Microsoft has managed to cut down the overall weight of the system too, with the 13-inch coming in at just 3.38lbs and the 15-inch weighing 4.2lbs.

Pre-orders for the Surface Book 2 go live on the 9th of November in the US as well as a few other select countries around the world. Shipping begins on the 16th of November.

KitGuru Says: It seems Microsoft was keen to supress any rumours of the Surface line getting scrapped as this announcement seems to have come out of nowhere. It seems like a decent upgrade all around hardware-wise. Have any of you used the original Surface Book? What do you think of the Surface Book 2?