According to a new report, the best laptop to run Windows is an Apple MacBook Pro. The report gathered information from a plethora of crashes, long boot times and application hangs.

The study comes from a company called Soluto. They provide remote management tools for PCs, and they recorded information from 224,144 crashes and 84,251 blue screens. They used a system of ‘frustration analytics’ to judge which computer was the most dependable and reliable.

The MacBook Pro 13 came out top of the results, beating machines from major PC manufacturers Lenovo, Dell and Acer. Apple’s larger 15inch MacBook Pro made sixth place in the results.

It wasn’t a shock to see that Apple sold the most expensive laptop in the top 10, for the 15 inch version.

The results don’t seem to the most scientific however. As we all know Apple machines don’t ship with Windows installed, so the company forced a new install of Windows onto the machines, negating the use of any ‘crapware’ which is often installed on new Windows machines. Soluto do admit that these ‘clean’ installations may affect the results, giving the Apple machines an advantage.

On the other hand, if this is the case then PC manufacturers need to learn to stop installing a ton of useless software on their machines.

The report added “There are definite disadvantages to using Windows on Mac. First – there’s more work to do (buy windows, set-up BootCamp, install Windows, etc). Also, the keyboard is not optimized for Windows (e.g. no Del key), and there may be driver issues. But on the other hand, the Mac has an amazing trackpad unparalleled by any PC, and has a very solid build.

And some people think Mac users look smarter. So if you’ve ever looked for an excuse to buy a MacBook – now you have it.”

Kitguru says: We do like Macbook Pro computers, but we would take this report with a grain of salt. 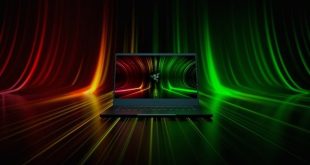 This week during E3, Razer announced that it is finally bringing the Razer Blade 14 …