Android 5.1 has started rolling out to Nexus devices

Google has officially started rolling out its latest Android update, Android 5.1, to Nexus devices. The update was previously available on selected Android One smartphones, with several changes and enhancements to the operating system. Google revealed its update notes on the Android Blog (Via 9to5Google).

There is now support for multiple SIM cards in Android 5.1, something that is useful for budget oriented Android One devices. There is also a new device protection feature, this will ensure that a device will remain locked should it be lost or stolen. This feature is similar to Apple’s own security measures and will remain working even if a device is reset back to factory settings. 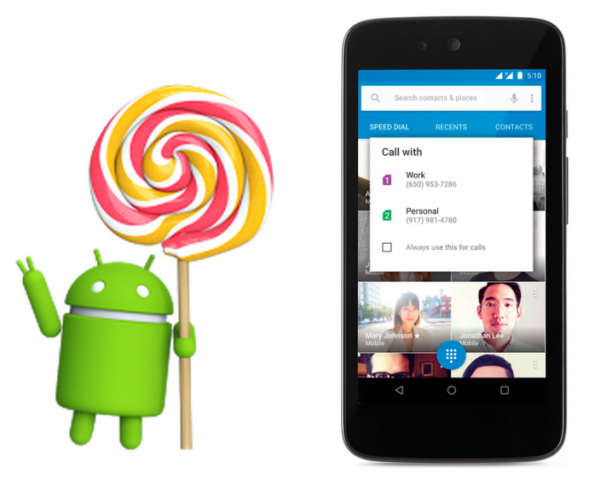 There has even been improvements to the main function of the phone- making phone calls. Apparently Android 5.1 devices will now support HD voice communication, Although there is no telling how much of an improvement this will actually be without testing out the devices.

Aside from that, there will be the standard variety of performance and bug fixes. It is currently unknown when the Android 5.1 update will roll out to non-Nexus devices, that usually depends on carriers and device makers.

KitGuru Says: Android 5.0 didn’t have the best launch, this 5.1 update should hopefully tie up any loose ends and make the operating system a bit more stable. Are any of you guys using a Nexus device? Have you received the update yet?