Dead Space developer wants to return to the series

Visceral Games apparently wants to revisit the Dead Space series and work on a new game. Right now, the company is focused on launching Battlefield Hardline but at some point in the future, the studio may return to the series that kicked everything off.

Speaking with GamesTM (Via Gamespot), Visceral Games General Manager, Steve Paputsis, said: “Many, many people here at Visceral have a warm spot in their heart for Dead Space, and right now we’re busy with Hardline and…other things… but it’s definitely something we’d love to look at again. There’s definitely a lot of interest internally for us to pick that up again at a future date”. 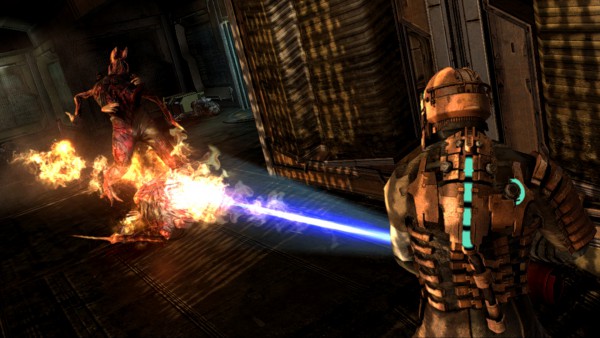 So far, EA has remained quiet on the subject of future Dead Space titles as the last game in the series, Dead Space 3, failed to meet sales expectations. Additionally, Visceral has an unannounced Star Wars project in the works, headed by the former creative director of the Uncharted series.

Battlefield Hardline launches next week, the studio then has five more DLCs planned for the game. It’s likely that the Star Wars project is taking up a decent chunk of the studio’s resources as well so while Visceral might want to return to Dead Space, it could be a while before we see it happen.

KitGuru Says: I really enjoyed Dead Space 1 but I didn’t get around to playing the last two. What do you guys think of the Dead Space series? Should Visceral Games revisit it at some point?