Apple has begun rolling out the iOS 8.2 update in preparation for the launch of the Apple Watch next month. In order to set the stage for the new wearable, Apple has packed in a new Apple Watch app, that like most of the stock iOS apps, can’t be removed.

This app will show up on the iPhone 5 or newer, as older iPhones aren’t capable of pairing with the Apple Watch. The new app allows devices to pair up with the wearable and will let you keep track of activity data recorded by the Apple Watch. 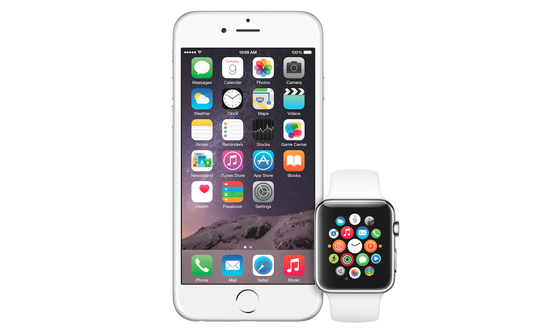 Obviously if you don’t plan to make use of the app, you can hide it in a folder along with the many other stock iOS apps you don’t use, although it would be nice to be able to uninstall apps you have no use for, particularly on devices with low amounts of storage.

Beyond that, the update brings some improvements to the health kit app and fixes some stability and security issues. The update is being rolled out now and weighs in at 443MB.

KitGuru Says: Stock applications have never been removable on iOS without jailbreaking so this news isn’t all that surprising. Do you guys think Apple should make stock apps removable and available to download again later?