Microsoft recently dropped the Nokia and Lumia brands for its mobile devices and has begun creating its own smartphones under the Microsoft brand. The first device the company has planned, the RM-1090, has leaked, showing off a Lumia-like design.

The new dual-sim handset has arrived at the FCC as well as China's equivalent for certification testing. The Windows phone will reportedly pack in  a 5 Inch 1440p display but no 4G support, leading us to believe that despite the high-end display, this smartphone will be competing in the budget market. 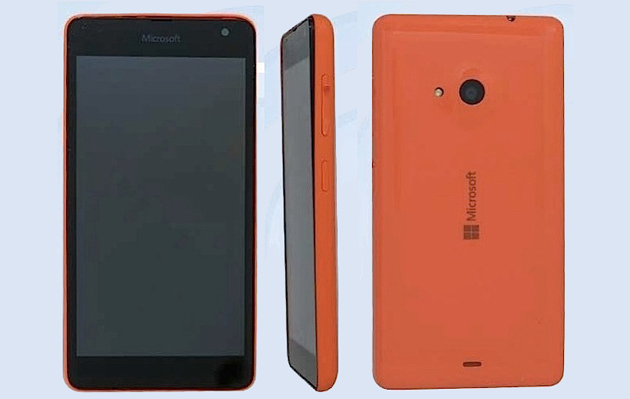 As you can see, Microsoft has put its logo beneath the ear-piece on the front as well as on the back of the phone, completely replacing the Nokia brand.

Since the phone is popping up at regulators for certification tests, it is likely that we will see the device launch fairly soon. It will be interesting to see what Microsoft's final name for the smartphone will be. Additionally, it is possible that this smartphone may tie in to Nokia's pending announcement, which is expected to be made shortly.

KitGuru Says: Microsoft taking control of Windows Phone devices could be a smart move for the company. We previously found out that Microsoft had considered making Surface brand Windows phones and since the company is moving on from the Nokia and Lumia branding, its possible that we will start seeing Surface phones pop up.