Samsung is holding an event on the 13th of August, at which we are expecting to see the reveal of both the Galaxy Note 5 and the Galaxy S6 Edge+, ahead of Apple’s own iPhone 6S and 6S+ reveal in September. As we know by now, pretty much everything leaks in the mobile world, so ten days ahead of its planned reveal, we have an image of what could be the Galaxy Note 5 and S6 Edge+.

This is a press render of both devices, which will likely be used to promote the new phones at the Unpacked event later on this month. The images come from famed and reliable mobile leaker, EVLeaks. 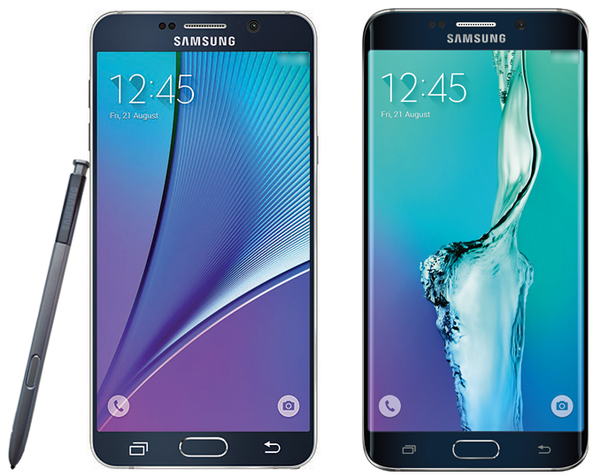 The Galaxy Note 5 will be a follow up to the Galaxy Note 4. Samsung’s Note devices are usually announced in September, however, Apple has had great success this year with its own phablet-like device in the form of the iPhone 6+, so it seems Samsung wanted to beat Apple to the punch.

We’ve already got a good idea of the specs for the Galaxy Note 5, including a 5.7-inch 1440p display and Samsung’s own Exynos processor.

KitGuru Says: Quite a few of our readers are Galaxy Note users. Are any of you waiting on the Galaxy Note 5 or have you already picked up an S6 or S6 Edge?