Things started off slow but the Samsung Galaxy S6 leaks are now coming in full force. Earlier this week we got out first look at the S6 flagship right next to the Galaxy S6 Edge but these images weren't taken from particularly great angles. However, some better images have now come through, fully showing off the design of the S6 Edge.

This new batch of images comes from CNET Korea, showing off the device in its entirety. However, specifications are still unknown. It is likely that it will be running a similar configuration to the normal S6, which will use an Exynos processor, 3Gb of RAM and a 20 megapixel camera on the back. 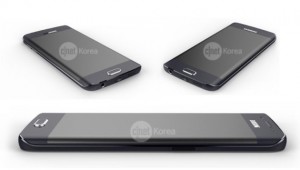 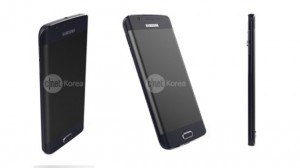 These images verify earlier rumors suggesting that Samsung would be launching a curved smartphone or even a smartphone with a three-sided display. As you can see from the above image, there are angled sections of screen on either side of the Galaxy S6 Edge.

Aside from the screen though, the S6 Edge resembles the normal S6 fairly closely. Samsung's new devices are set to be officially unveiled at an Unpacked event on the 1st of March.

KitGuru Says: It was only a matter of time before Samsung's plans leaked ahead of schedule. The S6 Edge does look unique with its screen but whether or not it is the sort of thing people want is another story.

Previous TalkTalk warning customers that data may be compromised
Next MSI: We will not block overclocking capabilities of our notebooks