HTC’s One M8 flagship smartphone was leaked numerous times leading up to its release earlier this year and it looks like next year’s One M9 will follow in the same footsteps as specifications for the upcoming flagship have already hit the web.

For processing, the One M9 will use the Qualcomm Snapdragon 805 processor paired with an Adreno 420 graphics chip. Other improvements will include better battery life, 4K video and support for 55 megapixel images. The Snapdragon 805 chip is capable of clock speeds of up to 2.7GHz per core, meaning that the M9 will be a very capable handset when it launches next year. 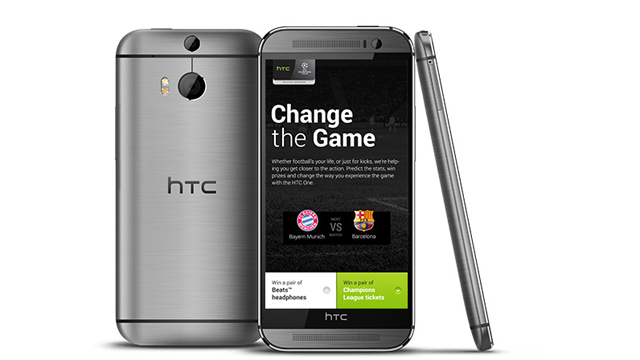 That said, the upcoming smartphone isn’t due to launch for another four or five months so it is possible that the device will release with the Snapdragon 810 chip instead. The phone will use 3GB of RAM, a 16 megapixel camera with optical image stabilization and a 3500 mAh battery.

Display wise we are rumored to be looking at a 5.5 Inch 1440p display and Bose powered stereo front-facing speakers, replacing HTC’s previous partnership with Beats. We can expect the HTC One M9 to release around March/April next year.

KitGuru Says: Given that the HTC leaks have been incredibly accurate in the past, it is possible that these will be the exact specifications of the One M9 when it releases. However, there is still time for the company to make changes so this is all still heavily speculative information. Do any of you guys own a HTC One M7 or M8? Would you upgrade to the M9?