Home / Lifestyle / Mobile / HTC to release the One M8 for Windows

HTC to release the One M8 for Windows

Windows Phone fans have something to look forward to, HTC has just announced that it will be re-releasing the HTC One M8 as a Windows Phone device. We don’t see too many high end Windows phones on the market aside from those released by Nokia so this is definitely a welcome addition to the current line up.

HTC’s One M8 for Windows will feature the same build quality as its Android counter-part. Exact hardware specifications include a Snapdragon 801 quad core CPU, 2GB of RAM, a 5 Inch 1080p display, 4MP Camera and a 2600 mAh battery. 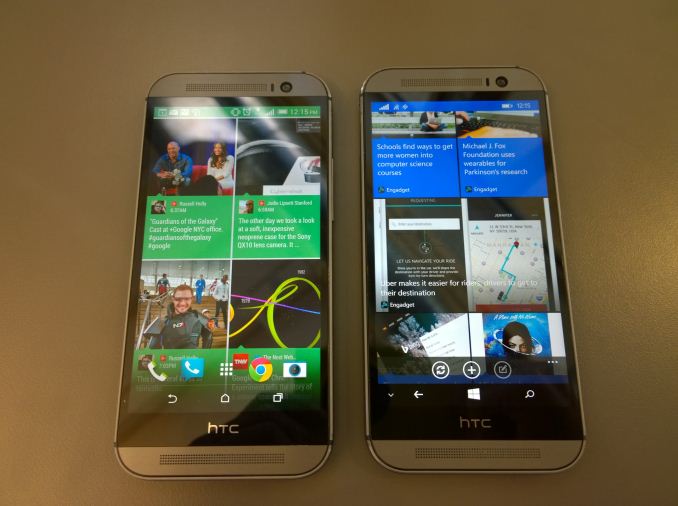 HTC’s Sense UI is one of the better Android skins on the market and the company has worked hard to bring some of its best Sense features to Windows Phone 8.1, such as: Blink Feed, Duo Cam and Sense TV.

Since the One M8 Android and the One M8 Windows phone share the same hardware, we could see developers create dual boot devices, something that we’ve actually seen happen before.

Overall, this is a good move for HTC as the company won’t need to use extra resources on hardware development, everything can be done on the software side with current HTC One M8 stock- it won’t be long before ROM creators figure out a way to run both OS’s side by side.

KitGuru Says: The HTC One M8 is arguably the best Android device currently available, while it hasn’t exactly overthrown Samsung on the Android side, it could seriously compete with Nokia on the Windows Phone side of the market. What do you guys think of this? Would you buy a One M8 Windows Phone edition? I wouldn’t mind having one to dual boot with Android.