Intel has just launched its own mobile messaging app, it's called Pocket Avatars and in an effort to stand out, it allows users to convert their faces into virtual avatars. Intel isn't really known for making mobile apps but according to Mike Bell, General Manager of Intel's New Devices Group, this was a great way for the company to say “Hey, look at the cool stuff we actually do.”

“People just don't know how much software we actually do that's in the devices you carry that are based on Intel chips,” Bell said at an Intel launch event. Apparently, Intel isn't going to stop here either, it wants to launch a few more businesses like this: “This isn't a one-off, this isn't a publicity stunt, this is something we're serious about, we're going to try lots of new businesses like this.” 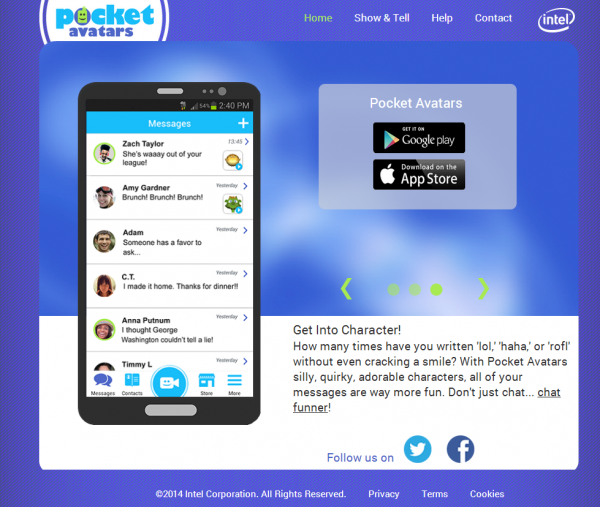 The app itself is free but there will be in-app purchases. Intel has partnered up with several brands including Lego, Gumby and Pokey, and the Annoying Orange, to offer up additional premium avatars, which will cost 99 cents each.

The app is currently available in the US Google Play Store and the US App Store, There's no word on when it will become available in Europe or other territories.

KitGuru Says: The app might be interesting but messaging apps are already very competitive with each other. A lot of people stick to Whatsapp, Skype or even Facebook Messenger so Intel might find it hard to break through.