Last week Google announced the Android Wear operating system along with two partner devices, one of those devices was the Moto 360 which is arguably the most stylish smartwatch to date. Motorola has become known for its customisation options on the Moto X and Moto G and it looks like the company wants to expand the Moto Maker service to include its watch too.

Some new screenshots have surfaced showing off the smarwatch in different configurations including different watch faces, colour schemes and wrist straps. The different options are shown off in what appears to be a new ‘Moto Maker’ interface as well. 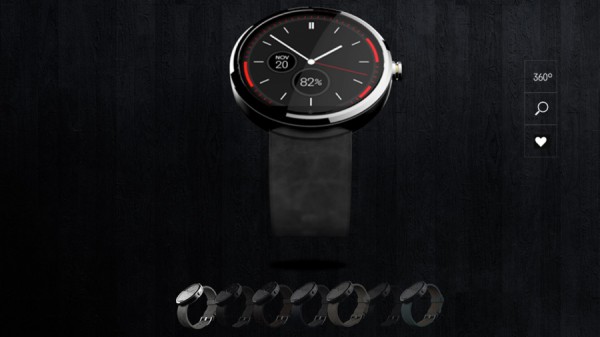 The picture above shows off six different leather band options available in the following colours: Gray, black, dark blue, brown, tan, teal. However, the second leaked screenshot shows off a metal band too: 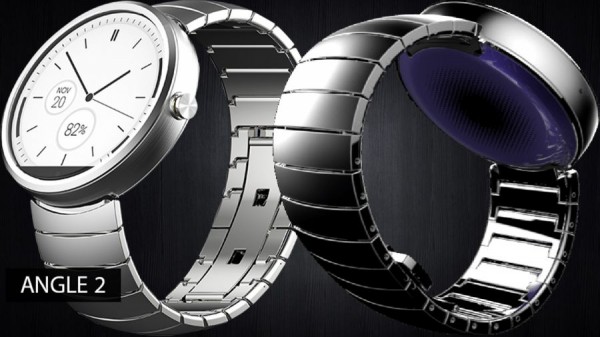 Upon the Moto 360’s announcement last week, many were surprised to see a circular watch face along with a design that could easily pass off as a regular watch. The 360 will also be capable of pairing with any device running Android 4.3 or higher, unlike the Galaxy Gear which is limited to Samsung flagships.

KitGuru Says: I’m not usually in to wearables but the Moto 360 has certainly caught my eye. The Android Wear OS seems well thought out and put together and Motorola’s design and customisation features are hard to beat. What do you guys think of wearable tech? Would you opt for a Moto 360?