Nokia is set to launch a new £30 handset

Nokia is back, fighting for its share of the budget mobile market with a new £30 low-cost smartphone, dubbed the Nokia 215. The device closely resembles the company's classic candy-bar style phones, with a tiny 2.4 inch QVGA screen.

Despite being labelled as a smartphone, the Nokia 215 won't run one of the more traditional operating systems that we are used to these days, it will be running Nokia 30+, a new proprietary OS. App support will be extremely limited, you will get an Opera browser but you will be limited to a 2G internet connection. 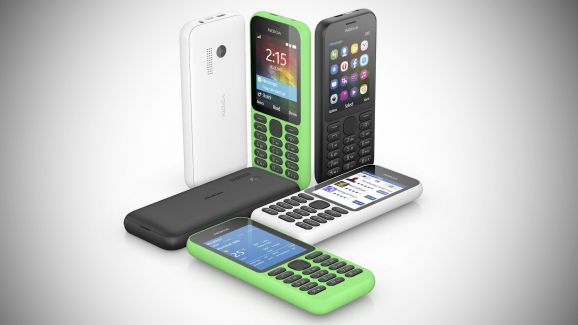 This device is clearly designed for emerging markets and won't be taking the tech world by storm. There will be two versions of the handset available, one dual SIM and one single SIM. The Nokia 215 will be hitting Europe, Asia, the Middle East and Africa during early 2015.

The Nokia 215 will cost under £30 and will last 29 days on standby off charge. Several color options will be available including Black, White and Green.

KitGuru Says: A cheap, classic style Nokia device could be good for those heading off to festivals, or hiking mountains. The only thing missing from the classic style handset is the Symbian Operating System.