While Qualcomm has already announced the next-gen Snapdragon 888, there is another chip coming that we may see more commonly used in Android smartphones this year. The Qualcomm Snapdragon 870 launches this month, bringing some improvements over last year's Snapdragon 865, which was widely used in flagship Android devices.

The Snapdragon 870 is based on the same design as last year's 865 and as a result, the CPU and GPU components of the SoC remain the same – Kryo 585 CPU and Adreno 650 GPU cores. However, with the 870, Qualcomm has upped clock speeds to 3.2GHz, which should make it roughly 10 percent faster than the original Snapdragon 865. 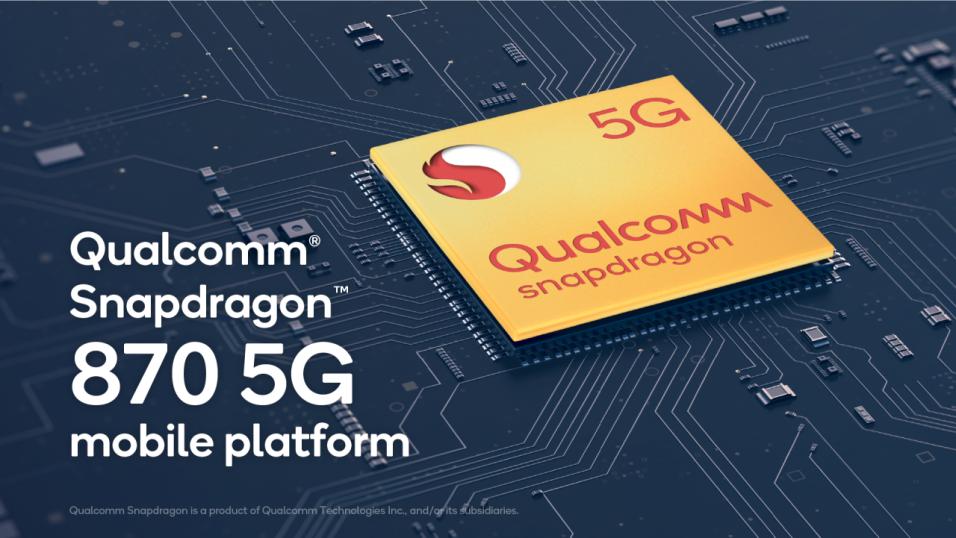 Compared to the Snapdragon 865 Plus, the new 870 doesn't provide much of a performance improvement, as the 865 Plus already featured an overclock from 2.84GHz to 3.1GHz.

At any rate, the Qualcomm Snapdragon 870 is bound to appear in a lot of smartphones this year. While the high-end flagships will use the more powerful Snapdragon 888, mid-range devices released this year will essentially pack 2020 flagship-level performance. We already know that Motorola, OnePlus, Oppo and Xiaomi are planning devices powered by the Snapdragon 870. These new devices should start appearing over the course of Q1 2021.

KitGuru Says: Are many of you planning on upgrading your smartphone this year?