Today is a big day for Razer, not only did we see the launch of the Razer Phone 2, but the company is coming out swinging with a lineup of new accessories to boot. To accompany the new phone's launch, Razer is also launching the new Raiju Mobile gaming controller and new Razer Hammerhead USB-C headphones. 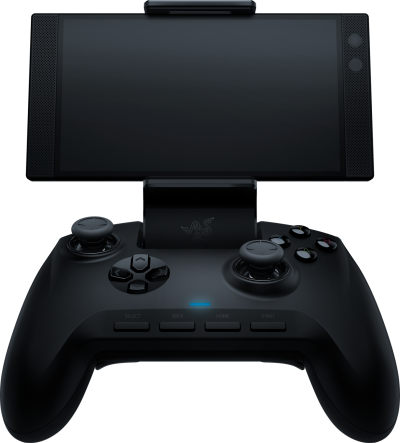 The Razer Raiju Mobile is a gamepad that connects to the phone via Bluetooth and also includes a mount for the phone. These types of controllers have been popular in the past, easily allowing you to hold the controller and look at the display at the same time. The gamepad itself comes with Razer's mechanical tactile face buttons, which are all remappable. The triggers can also be locked for less travel time. Obviously, this gamepad/phone mount can be used with any flagship Android smartphone, including the original Razer Phone, the Razer Phone 2 and competing devices. Big games that support the controller include Vainglory, Dead Trigger 2, Gear-Club and Lineage 2. 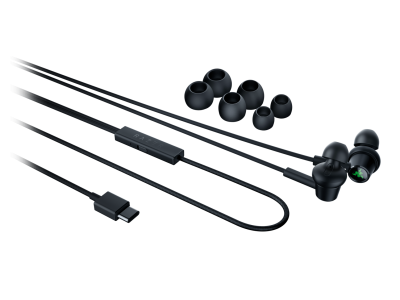 Next on the list is the new set of Razer Hammerhead earbuds. These connect over USB-C and include Active Noise Cancellation (ANC) technology to keep you immersed. Under the hood is a dual-driver system, balancing armature and dynamic drivers to balance bass and treble response. The Hammerheads also come with a built in DAC, providing 24-bit audio quality.

The earbuds come with Comply Foam Tips for a secure in-ear fit, these should also help with noise isolation. As you would expect, in-line controls and a microphone are also present so these can still be used while making phone calls, talking on Skype/Discord etc.

The Razer Hammerhead USB-C ANC will begin rolling out on the 22nd of October for $99.99.

KitGuru Says: That wraps up our Razer news for the day. A brand new smartphone, two new Blade laptops and new accessories for mobile users. What do you guys think of all the announcements made today?