Update (05.08.19): Samsung Unpacked 2019 is taking place in just a couple of days but as is often the case with smartphones, leaks have come ahead of time. Last month, we saw a few images pop up for the Galaxy Note 10, now a new leak confirms the Galaxy Note 10+ and a separate 5G model.

Evan Blass, otherwise known as @evleaks on Twitter, posted two of Samsung’s promotional images for the Galaxy Note 10 launch today. One shows off the Galaxy Note 10+, which will be an upgraded model over the standard Galaxy Note 10. The leak also confirms that just like with the S10, Samsung will be releasing a standalone 5G version of the latest Galaxy Note.

Update (10.07.19): At this point, we know that Samsung has scheduled the launch event for the Galaxy Note 10, which will take place on the 7th of August. We’ve heard plenty of rumours regarding design changes but it looks like they have finally been proven thanks to new image leaks showing off the phone in full.

The Galaxy Note 10 will increase the screen-to-bezel ratio even further, with a ‘pin dot’ front facing camera surrounded by screen. As you would expect, the S-Pen is also returning once again. The new-look Galaxy Note 10 was revealed on Twitter by Ishan Argarwal. 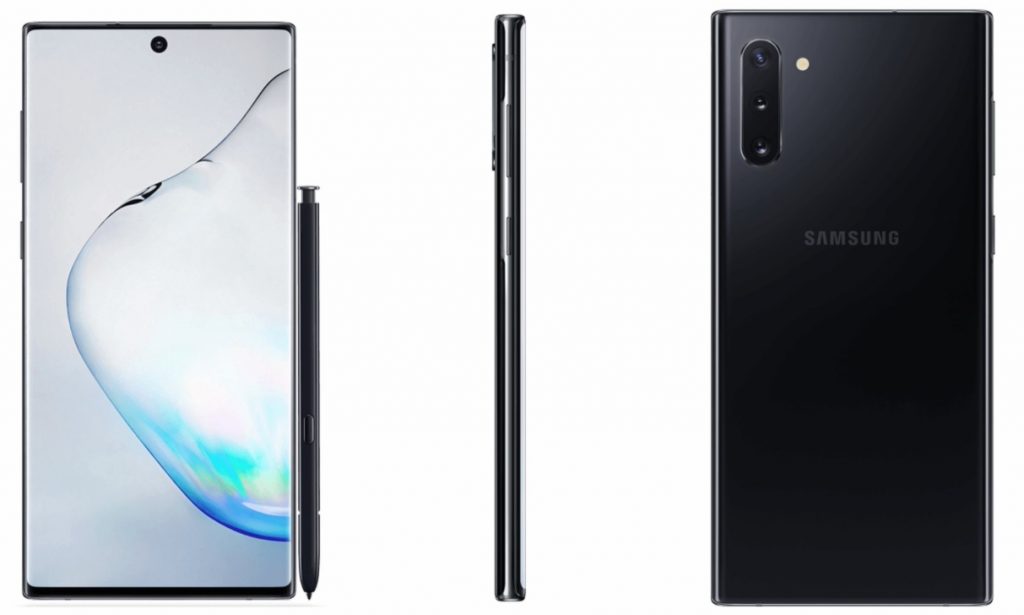 Original Story: While Samsung is still seemingly struggling to bring the Galaxy Fold to market, the company does have one other major smartphone launch planned for 2019 that should pose fewer issues. The Galaxy Note 10 is on the way and a launch date has now been confirmed.

As usual, Samsung will be launching its latest Galaxy Note device in August. Today Samsung officially began sending out invites for the Galaxy Unpacked 2019 event, which will take place on the 7th of August and will be the launch platform for the Galaxy Note 10. 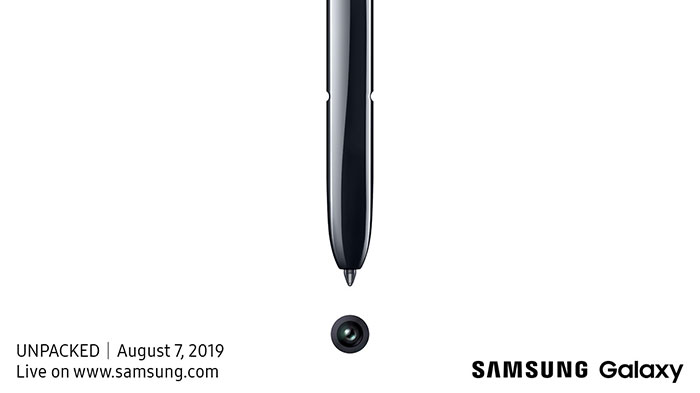 What can we expect from the Note this year? Rumours suggest there might be more than one version of the Note 10 this year, mimicking the S10 and S10+ with different screen sizes. It is unclear if there will be a third version marketed towards those looking to get the jump on 5G but it is possible.

Other rumours also suggest a triple camera set up on the back, an in-screen fingerprint scanner and possibly the removal of the headphone jack, leaving users to rely on USB Type-C for audio and charging. We don’t know how much truth these rumours hold but we’ll get a better idea of what Samsung has in store for us over the next few weeks as we get closer to launch.

Aside from the Galaxy Note 10, there are some rumours that suggest the Galaxy Fold could also return to the public eye at this event but we are still awaiting on confirmation for that one.

KitGuru Says: The Galaxy Note series has always been fairly popular but I’m not sure I like the idea of bringing out multiple versions and splitting things up further. Then again, it seems to work for plenty of other smartphones so we’ll just have to wait and see how things play out. Are any of you due a smartphone upgrade?