The Motorola One Hyper can charge to 75% in 30 minutes

Motorola hasn’t made many waves in the smartphone space for a while but that is swiftly changing in 2019. Not only is Motorola reviving the old Razr flip phone with a new dual-screen design, but the new Motorola One Hyper is looking impressive, with a large bezel-free display and high-spec cameras.

The Motorola One Hyper was announced this week, powered by a Qualcomm Snapdragon 675 SoC and 4GB of RAM. Those specs would put it in the mid-range for Android smartphones but the Hyper makes its mark with other notable features, including a bezel-less 6.5-inch display running at 1080×2340 resolution, a 4000mAh battery with 45W ‘hyper charging’ capable of powering the phone from 0 to 75% in just half an hour and of course, the camera set up. 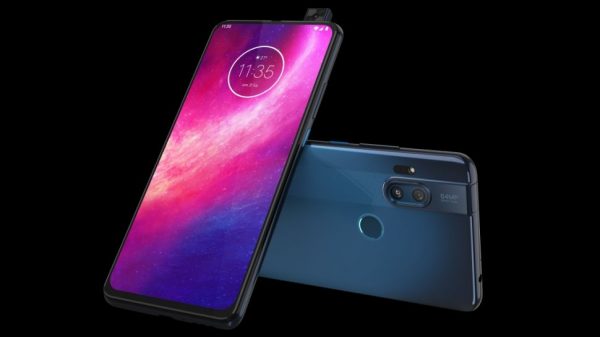 In terms of cameras, the Motorola One Hyper has dual sensors on the back, one being a 64 megapixel camera and the second being an 8 megapixel wide-angle lens. The front facing camera is of the ‘pop-up’ variety, so it is hidden from view when not in use. The front facing camera is 32 megapixels, although MP counts aren’t the defining characteristic in smartphone cameras, we’ll have to wait for reviews to see just how well they stack up against the competition. On paper though, the Motorola One Hyper is making a good case for itself.

Finally, the Motorola Hyper also runs Android 10, Google’s latest operating system. In terms of price, it is very affordable compared to flagship Android devices, coming in at £270 in the UK, or $400 in the US.

KitGuru Says: The Motorola Hyper appears to be a very decent phone, especially for the price. Are any of you thinking about picking up a cheaper, mid-range Android smartphone? What do you think of the Motorola One Hyper?