It appears its impossible to keep Apple out of the news lately as Research in Motion (RIM) have showcased a new BlackBerry phone which is clearly targeting the Apple iPhone market. Analyst reports appear mixed however with some saying that it will not blow rivals away.

The BlackBerry Torch is going on sale in the USA on August 12th with a two year contract tied into it – initial costs will be $199.99 which is around the same price as an iPhone. This new Blackberry is home to a new improved operating system and has a faster web browser with a focus on the user interface.

“RIM is playing catch-up. This is clearly the upgrade for BlackBerry users, but otherwise not a lot here is super exciting,” Altimeter analyst Michael Gartenberg told Reuters.

KitGuru says: Will this be enough to get sales from Apple? 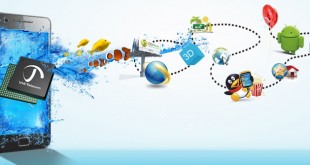 Intel in talks to acquire Via Telecom

Intel Corp. reportedly plans to acquire Via Telecom, a designer of system-on-chips and baseband processors …