The Samsung Alex is the successor to Google's CR48, a machine which was provided in limited quantities to various people and businesses. The Alex will ship with a 1.5GHZ Intel Atom N550 processor and it will include 2GB of memory and a 720p capable 12 inch (or 11.5 inch ) screen. They are including a Namuga webcam which links into Google Chat for video chat support.

The Samsung Alex machine will have Wi-Fi and 3G capabilities and BlueTooth support, a requirement set out by Google for Chrome OS supported hardware. All these machines need an internet connection for access to Google's online services and cloud storage system.

The price has not yet been released, but our sources claim that it will be available for under £170 in the UK which means it will be snapped up by a huge audience wanting to get away from Windows netbook systems. We also hear the speed is very good, due to the lower OS overhead. Officially however, Google are remaining tightlipped.

KitGuru says: Would you want a £170 Netbook powered by Google software? 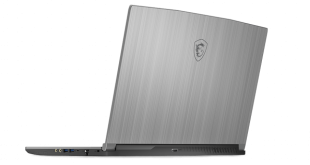