ASUS is launching the world's first liquid-cooled gaming laptop this year in the form of the ROG GX700. It is a truly impressive device to look at, featuring an Intel Skylake processor and a full-on desktop GTX 980 graphics chip with tons of overclocking potential thanks to the ROG-exclusive Hydro Overclocking System and now, it is available to pre-order here in the UK.

Today, Asus has announced that the ROG GX700 liquid cooled gaming laptop is available to pre-order at Overclockers UK. How does the cooling system work? Well, there is a pump that circulates coolant around heat generating components, which then gets split between two radiators inside of an additional dock for the laptop, which helps dissipate heat. 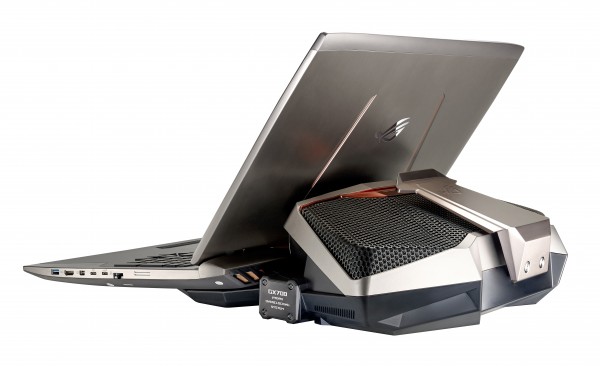 This means that while you're at home, you can take advantage of the full liquid cooling system and overclock the GX700 but you can also unplug the laptop and take it on the move. The coolant used in the laptop provides corrosion protection for all internal components and materials, removing the need for any additives.

The ROG GX700 is powered by an Intel mobile K-series processor, along with a desktop GTX 980 graphics chip. According to Asus's own internal tests, the Hydro cooling system can help deliver overclocks that boost CPU performance by as much as 48 percent. DDR4 RAM speeds up to 2800 MHz are also supported.

The Asus ROG GX700 liquid cooled gaming laptop is available to pre-order at Overclockers UK for £3499.99.

KitGuru Says: The GX700 is an expensive buy but it is certainly a world first and quite the innovation. Do any of you currently game on a laptop? Are you after an upgrade this year? 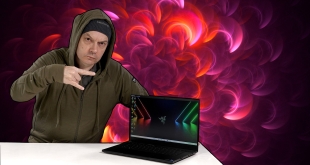