Lenovo has lifted the curtain on its new convertible laptop, the Yoga 900, featuring a laptop/tablet hybrid design, Windows 10 and new Intel Skylake processors. The Yoga series has generated some positive praise over the last few years, with the standout feature being the hinge that allows the screen to be used in tablet mode without detaching the keyboard.

Improving on the former Lenovo Yoga Pro 3, the Toga 900 moves away from Core M chips and opts for Intel’s new Skylake Core i5 and Core i7 series processors. It comes with a decently high-resolution 13.3 inch screen as well, running at 3200×1800, just like the previous Yoga. 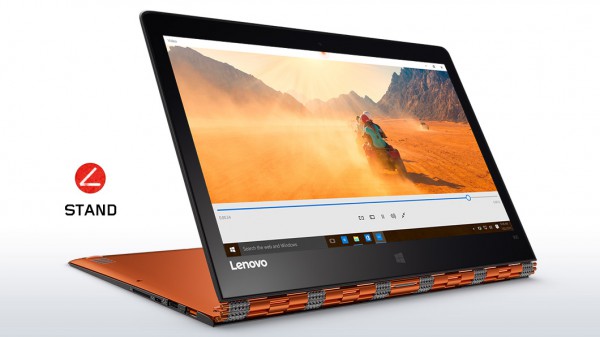 There has been some improvements made to key spacing on the keyboard and a larger trackpad has been implemented. Aside from the choice of Core i5 and Core i7 Skylake processors, the Yoga 900 comes with 16GB of RAM and can be configured with a 512GB Samsung-made SSD.

Lenovo wasn’t really on-board with helping Microsoft sell its Surface tablets but it is on-board with Windows 10, which comes pre-installed on the Yoga 900. The new Yoga starts at $1200, with the highest end model sitting at $1400, according to the official website.

KitGuru Says: I’ve always liked the look of the Lenovo Yoga, so it’s good to see that they have moved away from the low-power Core M chips in favour of something a bit beefier. Do any of you happen to use a Lenovo laptop? What has your experience been with it?

Previous A few hundred Origin accounts leaked online, EA claims there was no breach
Next PS4 and Xbox One combined sales 40% higher over last gen