Microsoft might be showing off the Surface Pro 4 this month

Microsoft might end up showing off the Surface Pro 4 tablet later this month at the company's Build 2015 Conference, according to new reports. While the timing might be a little weird, considering that the Surface 3 only just launched a few weeks ago, the Surface Pro 3 has actually been available for some time and could do with an upgrade.

The Surface Pro 4 would likely be the first tablet to ship with Windows 10 natively installed. Citing an anonymous source inside Microsoft's supply chain, DigiTimes has reported that the Surface Pro 4 will be unveiled soon ahead of a release later this year. 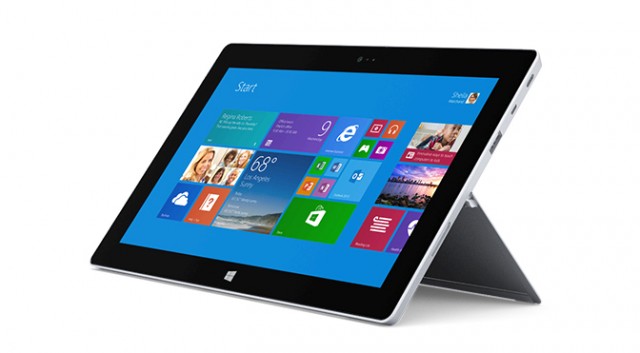 The report says that the next generation Surface Pro tablet will be shown off at the Build Conference this month, although the tablet won't enter mass production until June, ahead of an unknown release date later this year alongside the launch of Windows 10.

Microsoft's annual Build Conference will take place from the 29th of April until the 1st of May. A Surface Pro 4 is likely going to launch this year alongside Windows 10 as an upgrade from the Surface Pro 3. Other rumors suggest that the tablet might try to take on larger 12 inch or 14 inch forms, which would help it compete better with laptops or the new fanless Macbook, which features an Intel Core M CPU.

KitGuru Says: This is all rumor for now but it really wouldn't be surprising if Microsoft did release a Surface Pro 4 this year alongside Windows 10, in-fact it is pretty widely expected. Have any of you guys used a Surface tablet before? It seems like a pretty solid option for those who need a tablet/laptop hybrid for work and travel.