Google wants Android developers to start making apps that would suit a younger audience in order to keep up with Amazon. Amazon might not have the biggest selection of apps in the world but it does have a FireHD Kids Edition, which is aimed at children and also guaranteed a replacement should your device break within two years.

Google doesn't offer anything like that for younger audiences at present. However, the company wants to change that by implementing software features that will allow parents to quickly find age appropriate apps and avoid those nasty bills for micro-transactions. 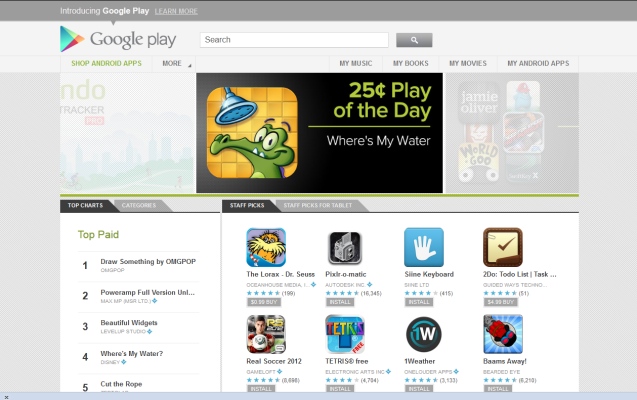 Google's new program is called “Designed for Families”, it permits developers to designate their apps and games as ‘family-friendly', Google Play will also display age ratings for apps on its store, which should also help.

In order to gain Google's family friendly seal of approval, apps must meet “stringent legal and policy bar and pass a specialized operations review”, according to a Google spokesperson speaking with The Verge.

These changes aren't available just yet but consumers will learn more about Google's future plans over the next few weeks. Hopefully upcoming features will include better parental controls so that parents can set their devices up for children and not have to worry about any surprise bills or dodgy content.

KitGuru Says: Google Play could do with having a child section. Additionally, Android devices would do well to come with parental controls that can limit a device to download apps only from the age appropriate section of the store. Google seems to have the right idea here, more and more kids are becoming familiar with smartphones and tablets, so there needs to be configurable parental controls in place.