Samsung has been expanding its Galaxy line to no end in recent years with several different tablet models, smartphone models and even smart watches. It seems that right now the Korean company is focusing on its Tablet line as some specs for the upcoming Galaxy Tab S have leaked revealing a high resolution display as well as a finger print scanner.

According to Sammobile, there will be two models, an 8.4 Inch and a 10.1 Inch both with high resolution 2560×1600 displays. These tablets will also be the first to feature a finger print scanner although, if it’s anything like it is on the Galaxy S5, then it won’t be all that useful. 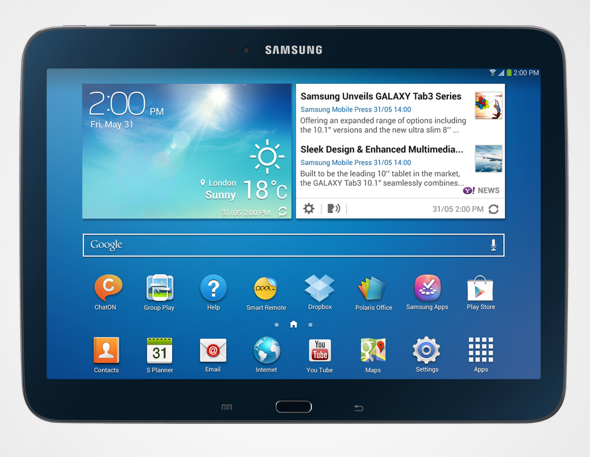 As far as the internals go, Samsung is rumoured to be including its own Octa core Exynos 5 CPU using ARM’s “Big little technology”, which will equip the tablets with four 1.9GHz Cortex-A15 cores and four 1.3GHz Cortex-A7 cores. The latest version of Google’s Android OS will probably be included and as always, that will come with the Touch Wiz skin on top.

Other features rumoured to be included are dual 8MP and 2MP front and rear cameras, an IR blaster and Bluetooth 4.0 if you’re in to that sort of thing.

KitGuru Says: I’m not a huge fan of Samsung’s Galaxy line any more, Touch Wiz is too intrusive but the brand still manages to be the most successful amongst Android powered devices. What do you guys think of Samsung these days?