At around 225g, the P321 is under half the weight of the P531 which we didn't think was heavy!  This, combined with the soft faux-leather earpads means the P321 is extremely comfortable.  In terms of comfort I would rate it almost as highly as my SteelSeries Siberia V2 Headset which is regarded to be one of the most comfortable headsets on the market.

Initially we were a little concerned by a slight lack of presence in the bass registers… but then we discovered the bass-boost button on the in-line control.  This makes a huge difference to the bass-level, makeing it prominent to the point that your ears vibrate (on maximum volume).  This is perfect for some genres of music and for others, it can easily be changed.

For a headset of this price we were very impressed by the performance throughout our numerous test tracks.  The sound produced wasn't quite as clear and defined as that from our SteelSeries Siberia V2s but the difference isn't huge.

The bass-boost feature also shows its worth when watching movies.  It gives gunshots and explosions and extra depth which provides a greater level of immersion in the film.  The omission of surround-sound is quite noticeable in movies compared to the pricier P531 but the P321 will rival most stereo gaming headsets out there.

When gaming, the P321 was a delight to use.  Like we found in our movie playback tests, gunshots and explosions (in Call of Duty: Modern Warfare 2) were given a greater depth of sound by the bass-boost feature.  Other than this the headphones were exactly what we expected when gaming.

More serious gamers might appreciate a surround-sound headset like the P531 but for a stereo headset, the experience was perfectly acceptable – especially at this price! 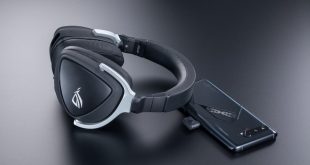