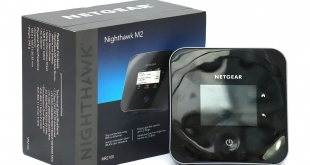 In all the excitement over the arrival of 5G, it's easy to forget that 4G has evolved over its lifespan to deliver some pretty stellar performance possibilities. This is particularly beneficial for a mobile hotspot intended to serve multiple client devices on the move. NETGEAR had a capable mobile hotspot in the shape of the Nighthawk M1 MR1100. Now it's taking road warrior performance to a new level with the incrementally named Nighthawk M2 MR2100.

The major news with the M2 is that it doubles the potential download speed from 1Gbit/sec to 2Gbits/sec, although the upload performance still maxes out at 150Mbits/sec. This is because the new mobile router supports 4GX LTE Advanced Category 20, whereas the previous version only supported Category 16. Basically, what this refers to is carrier waveband aggregation. Where LTE Category 16 supports up to 10 simultaneous spatial streams, Category 20 supports 20, so you get double the theoretical bandwidth. 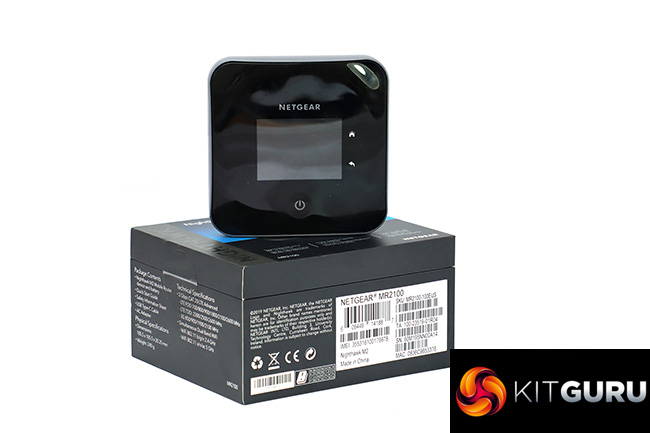 Returning to the M2 device itself, the basic format of the router hasn't changed, with a flat square incorporating a screen on the top plus a few ports on one side, although the design is sleeker and less fussy. There's a big power button, and separate Home and Back touch areas, but the screen itself is touch-enabled, so that's how you're meant to operate it.

The ports on the side include USB-C (which also doubles for charging), USB Type A, and Gigabit Ethernet. There are also two little rubber plugs that look like feet but actually cover connections for external 3G/4G antennas.

WiFi is really what you're meant to use the M2 for, though, and the radios are dual-band, offering 802.11b/g/n at 2.4GHz and 802.11a/n/ac at 5GHz. However, NETGEAR doesn't say what speed rating these connections operate at, just that that there's support for up to 20 WiFi devices. NETGEAR doesn't say how long the battery will last either, just that it's “all day and night” thanks to the 5,040mAh capacity.

Although the price close to £400 seems steep, if you need more robust mobile hotspot capabilities than you can get from just sharing your phone's 4G, the NETGEAR Nighthawk M2 MR2100 promises a faster and more feature-rich experience. Let's find out if it delivers on that promise.

Previous Overclockers UK PC Workshop BEHIND the scenes
Next IFA 2019: LEO checks out all new Philips Momentum and Brilliance monitors