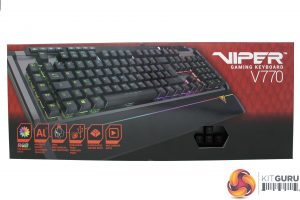 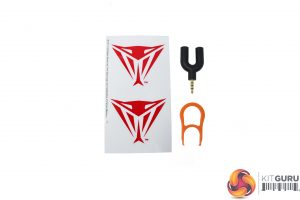 Patriot continues to run with its striking red and black packaging, placing its Viper gaming brand in the top right and features laid out in the bottom left. A prominent section is cut out to display the V770’s keys, best utilised for floor models, or perhaps to please those who can’t wait to get it out of the box, a little like myself.

Alongside the keyboard, the box contains two stickers with Patriots Viper head logo, a tool to easily remove key caps for cleaning and replacement, and the surprising addition of a headphone splitter that can be used with the keyboard’s audio pass-through, although more on that later. 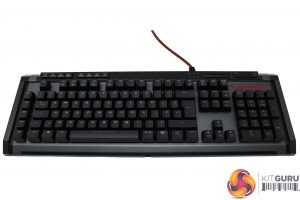 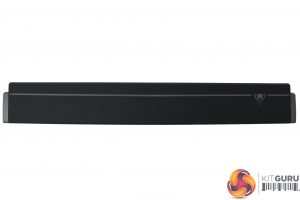 The keyboard itself tries to balance a sleek, clean design alongside the more commonplace gaming aesthetic. This results in a mixture of black plastic as the supporting frame and a gunmetal grey aluminium plate that sits below the raised mechanical keys.

The wrist rest is separate from the main board, utilising magnets to attach rather than hinges. While this removes the the degree of flexibility you usually get from hinges, it gives the user customisable RGB lighting in the form of a stripe that intersects the Viper snakehead logo to the right. 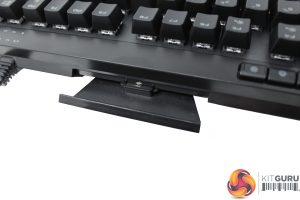 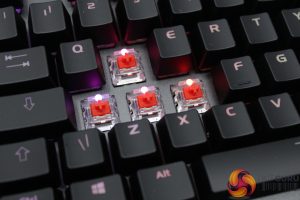 An interesting feature of the Viper V770 is its media tray that extends from the back-centre of the keyboard. This is handy for holding smartphones and tablets upright, making use of the variety of apps offered by games out there.

The V770 uses Kailh Red switches, with no sign of any other options currently on the market. All are integrated with LED bulbs, giving the user a choice of 16.8 million colours per-key. 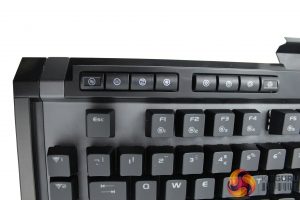 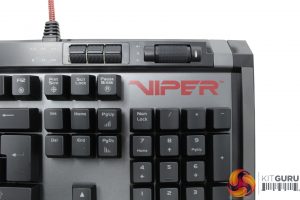 While the lighting can be controlled via software, Patriot has designed the V770 to be as easy as possible, adding dedicated keys in the top left of the board to change the colour and patterns on-the-fly.

The top right houses dedicated media keys, from the standard play/pause/stop and skipping switches to the more unusual fast-forward and rewind switch. Even further right of that is a volume wheel, subtly hiding the mute function if pushed inward. 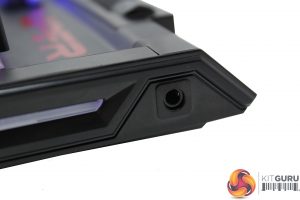 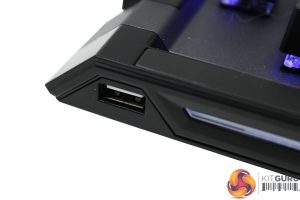 The Viper V770 continues to illuminate your room with an RGB LED strip either side of the keyboard. To the right hand side of the keyboard is also an audio pass-through, built specifically to make headphones and microphones a little more accessible. To the left is a USB pass-through that can be used for anything from USB-powered such as headsets and mice. 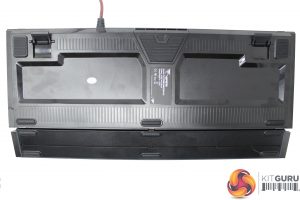 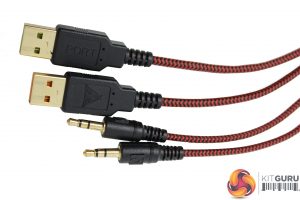 The underside of the keyboard isn’t particularly special, with core information about the product prominently displayed on a sticker in the centre, two hinged stands located at the rear and two rubber non-slip pads to firmly hold it secure when it isn’t propped up. Due to the pass-throughs, the Viper V770 includes a lot of input options.

Only a single USB is needed to power the keyboard with its RGB LEDs, however to make use of the extra inputs, the user will need to plug in both USBs, the headphone input and the microphone input too.