Roccat set to debut its own mechanical keyboard switch at Computex

While Cherry MX seems to dominate the mechanical key switch world, there’s no shortage of options including Kailh, Logitech’s Romer-G and Razer Switches. Although a little late to the game, Roccat is now weighing in with its own mechanical switches in an effort to curb the issue of contact bouncing.

“With each key stroke, the switch tends to bounce or chatter on the electrical contact, cycling rapidly between being on and off,” explains Roccat. This is a “common problem” that “can result in a single key stroke being recognized as multiple, or even not being recognized at all. Keyboard firmware is typically designed to account for this and features a delay in reading the signal until it settles.”

Introducing the Titan Switch Tactile, Roccat states that it quells the issue of contact bouncing through its use of “high quality mechanical components that bring the physical bounce of the switch to an absolute minimum.”

Made in collaboration with TTC, Roccat has designed its Titan switch to rely on specific firmware that the company claims to help register keystrokes up to 20 percent faster than competition. This is helped through the switch’s shortened actuation distance of 1.8mm from 2mm and travel distance of 3.6mm from 4mm.

Akin to Cherry MX Brown, the Titan switch is designed to provide the user with tactile feedback while keeping relatively quiet, however Roccat’s keys will supposedly be stronger than its competitor. 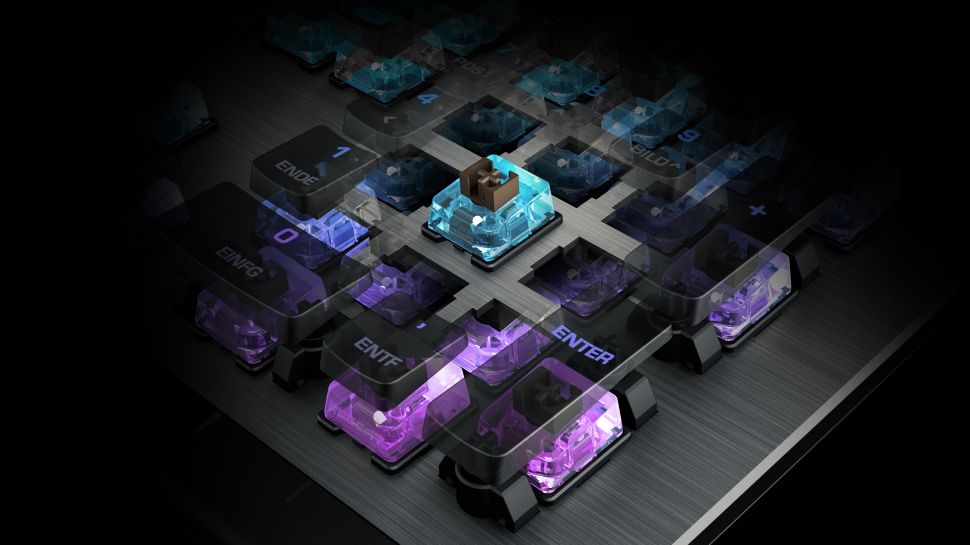 Its transparent housing “gives the keys a solid feel and eliminates wobble, even when keys are pressed aggressively or bottomed out,” according to the company. “It also has the added benefit of protecting the inner part of the switch from dust and making it easy to maintain.” Transparency also lends to its “long-life multicolour LED” in showing off its 16.8 million colours.

Given that Roccat has dubbed its new keys the ‘Titan Switch Tactile’, it’s possible that other versions are in the planning stage, such as a less clicky Linear switch. Whatever the case, Roccat will show off the first of its new switches at Computex on June 5th.

KitGuru Says: The public’s opinion on switches is always changing. While Cherry MX is now the dominant party, it had to take that crown from Kailh meaning that there’s always room for competition.