Roccat rocks up at Gadget Show

Some of the more endearing mysteries of the modern world include why notebook users are so obsessed with screen size and why so many desktop users buy a keyboard and mouse based on looks. Don’t worry, in the old days, many people would buy music playing devices based on how cool they looked. KitGuru is glad those days are over and considers the advantages of a trip to Brum.

With over 300,000 geeks and gurus heading for the hallowed halls of the Birmingham NEC, what better place for Roccat to set up a hands-on demo area?

According to Roccat’s Publoic Relations guru, Aaron Licht, the pro-gamer gear company will be cuddling up with Schenker Notebooks in The Game Zone.

Asked about specifics, KitGuru was told, “It will feature 16 experience stations consisting of Roccat hardware and XMG notebooks”.

It seems that Roccat will have a wide number of products available for trial, including :-

According to Aaron, the Kone Pure Color Edition is a “series of recently-released mice which were issued to celebrate the five-year anniversary since the Kone first appeared on the market”.

Just in case the keyboards and mice are not enough, Roccat has flooded the area with Booth Babes – ready to welcome visitors who want to put the products to the test playing a variety of popular games on the XMG notebooks.

KitGuru says: If Gadgets, Shows and Booth Babes are your thing, then you should consider a trip to Birmingham. Running through 16 set ups will certainly help you work out the best gaming configuration for your system. 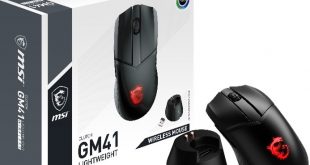 Lightweight gaming mice are becoming increasingly popular amongst competitive shooter players. Back in February, we …